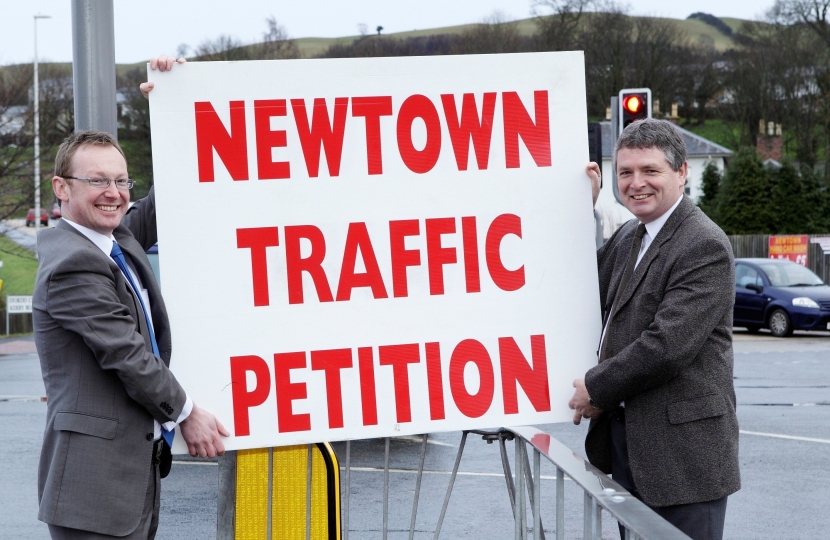 Montgomeryshire Assembly Member, Russell George, has said that he has been so inundated by people outraged at the Transport Minister’s comments about improvements to Newtown’s traffic problems that he has decided to facilitate a targeted letter campaign.

"I knew the ridiculous comments from the Transport Minister would spark a response but had not anticipated the level of correspondence I have received over the last week.

"I have had so many emails, phone calls and letters from angry constituents that I am now encouraging people to write directly to the Transport Minister, Mr Sargeant. He needs to realise the strength of feeling in Mid Wales about the traffic problems.

"I have created a template letter asking Mr Sargeant to re-install the Kerry Road roundabout and to bring forward the start date of the Newtown Bypass. I would urge as many people as possible to write to the Minister and tell him now is the time for action.

"Anyone who would like to write to Mr Sargeant and requires a copy of the template letter should contact my constituency office at 13 Parker’s Lane, Newtown on 01686610887 or email me at Russell.George@wales.gov.uk."