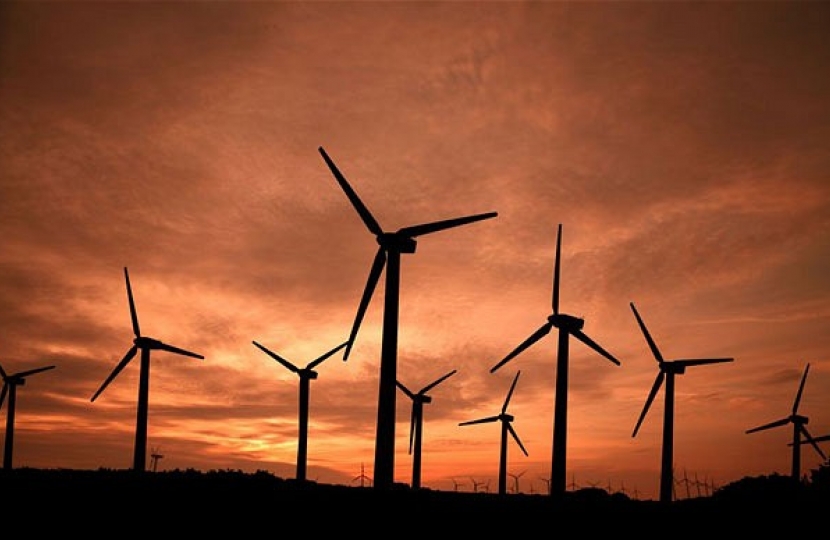 Montgomeryshire Assembly Member, Russell George AM, said he welcomed recent comments that UK Government Ministers are preparingto veto major wind farms being built in the British countryside and cut back their subsidies.

The decision to pull back from onshore wind farms comes after months of concerted pressure from Conservative MPs and AMs against turbines blighting rural areas across England and Wales.

Greg Barker, the Climate Change Minister, recently hinted at a change in policy when he said that the “the wind we need” in Britain is already being built, developed or in planning. The Minister said that it was about being “balanced and sensible.” He admitted that he and his colleagues had inherited a policy from the last government which was unbalanced in favour of onshore wind. He also said that there have been some installations in “insensitive or unsuitable locations” - too close to houses, or in an area of outstanding natural beauty – that had to be addressed.

The Montgomeryshire AM had a meeting with Mr Barker in his office in Cardiff just 3 weeks ago to discuss the concerns from people in Mid Wales.  Commenting, Mr George said:

“This is exactly what Mr Barker and I were discussing in Cardiff a few weeks ago and I again welcome his positive comments. I discussed with the Minister the huge concern that the people of Mid Wales have and how hundreds of turbines and the associated infrastructure would wreck our beautiful landscape.

“He is right to point out that the previous Government had been too transfixed on wind energy being the only technology in town and the current Government here in Wales has been exactly the same.

“I believe this folly has been exposed, particularly in the large amount of subsidies companies are being paid for inefficient and intermittent energy production.

“A balanced approach is required and Government money must be properly invested between other reliable forms of renewable energy production.”

During December, the Assembly Member had taken his concerns to Number 10 and discussed the Mid Wales Connection Project with the Prime Minister, David Cameron.

“I thought Mr Cameron had taken my concerns on board when I raised the issue of the destruction of our beautiful landscapes with him last December and he certainly indicated that when there is such huge opposition that local people should have the ultimate say in shaping their community and environment. That’s why I’m pleased this message is resonating across Government and that Mr Barker is also taking into account the views of many hundreds of people who do not want rural Mid Wales blighted any further.”