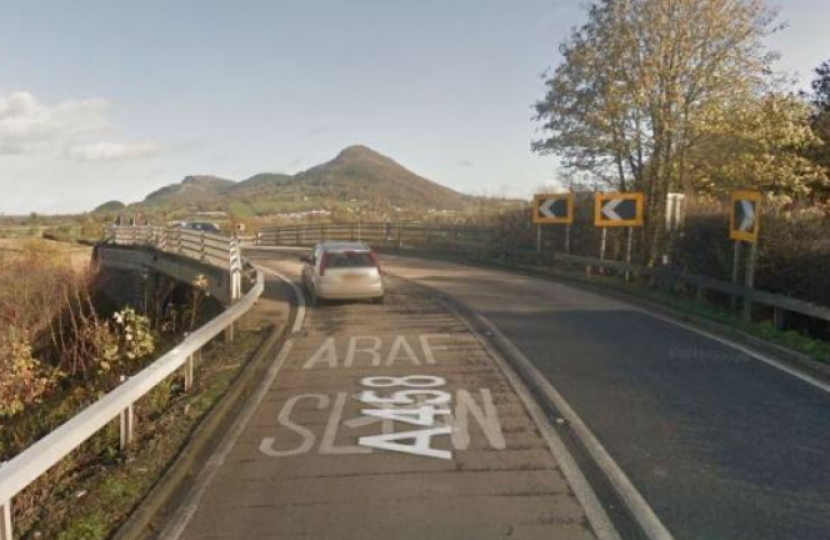 The Montgomeryshire Assembly Member, Russell George, and the County Councillor for Trewern, Buttington and Middletown, Amanda Jenner, have expressed concerns that there are ongoing delays to the repairs since an accident which occurred in December with no planned date for the works to begin, even though the North & Mid Wales Trunk Road Agency have undertaken an inspection.

"It’s so frustrating, for the many people that use this road on a regular basis, that we have been waiting far too long for the necessary repairs to the Cefn Bridge to be completed.

"The ongoing delays have caused further disruption and there doesn't appear to be any end in immediate sight as we are told that any permanent repair requires agreement from Network Rail due to safety concerns of operating on a live railway track.

"There were manned traffic lights over the Easter weekend to help manage the flow, but disruption on one of the busiest roads in Wales during the holiday season is far from ideal.

"I had already raised the issue and asked that action was taken before the Easter break with the Welsh Government Minster for Transport, Ken Skates, but I hope to raise the issue again with the First Minister next week when the Assembly returns from its Easter recess."

"The Community Council and I have been raising concerns with the Trunk Road Agency since early in the year when it became apparent that repair works would not commence for some time.

"Residents are understandably frustrated with the delay and worried about the bank holiday periods. I have continued to highlight how congested this stretch could become and requested measures to alleviate this."