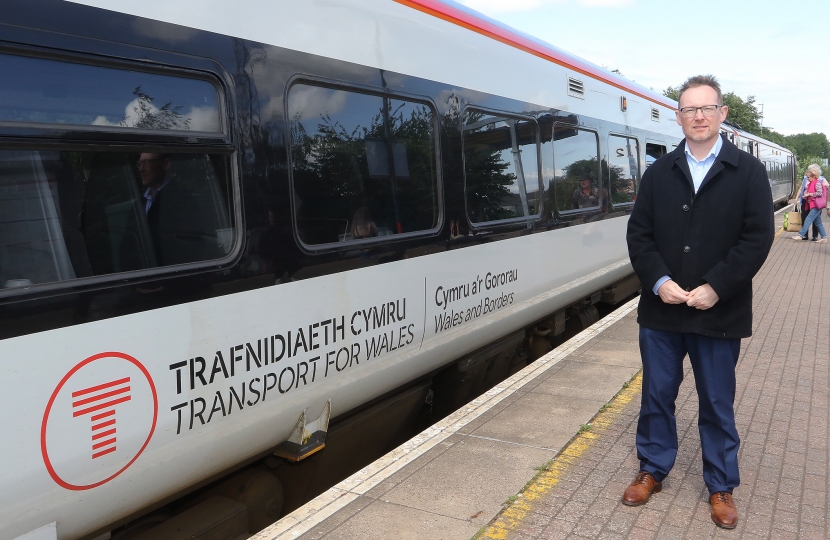 News that a new railway station at Carno is one step closer to becoming a reality has been welcomed by local AM, Russell George.

The Assembly Member for Montgomeryshire has welcomed the announcement that Carno has been shortlisted as one of the four railway stations which will now go on for further assessment.

In 2017, a list of 12 potential sites was made public. Now, a list of four, including Carno, has been published which will go on for further assessment.

The assessment by Network Rail gives details of how each potential station fared when assessed under a number of criteria. Benefits of a new Carno railway station include the possibility of it serving the local village, the proximity to the A470, and that it would close the geographical gap on the Cambrian Main Line.

Carno station closed in the 1960s and the Carno Station Action Group have been campaigning for a station to be reopened since 2002.

All potential stations go through three stages of assessment. The first looks at Welsh Transport Appraisal Guidance criteria and consideration of the Wellbeing and Future Generations Act. The second looks at the strength of the financial and economic case for a new station and advice from Network Rail on deliverability. The third is "development and assessment of the highest priorities".

The Welsh Government said that any proposal will only be successful with "a sound business case" and the assessment "increases the ability of station proposals to be in a position to benefit from funding calls".

"I'm pleased that Carno has been selected as one of only four stations to be put through to Stage 3 of the assessment for new railway stations. Carno Station Action Group have been campaigning for many years to reopen the railway station and this announcement is a step closer to making a new station in Carno a reality."

“Whilst this information is extremely welcome and an important step forward, we still await official confirmation from the Minister for Transport, Ken Skates. We trust that this confirmation will be made very soon and in the meantime we will be requesting an urgent meeting with his representatives to clarify the next steps of Stage 3."