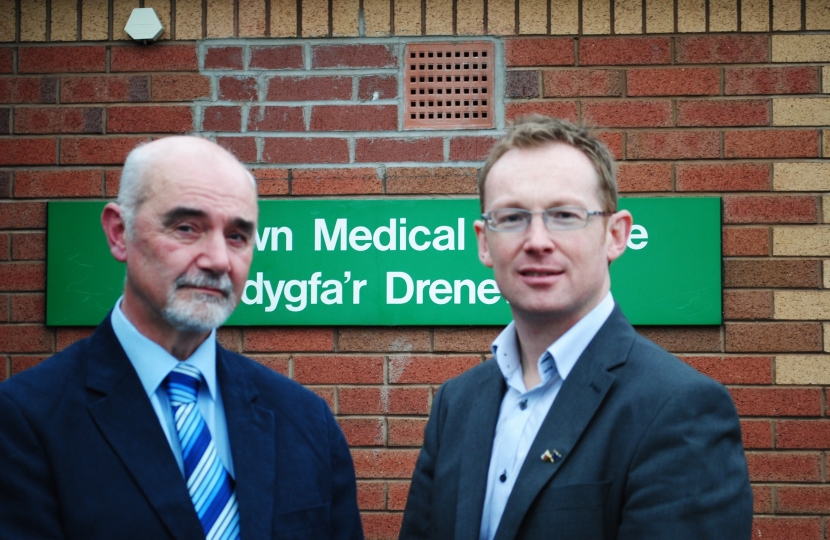 Montgomeryshire Assembly Member, Russell George, has said that the Welsh Government had to do more to improve public access to GP surgeries.

The Minister stated that improving access to GP services was a ‘key Government commitment’ and that by April next year, the number of GP practices which close half-day will be further reduced and more GP practices will offer appointments towards the end of the day (up to 6.30pm) to provide greater access for working people.

“Whilst GPs in Powys are working hard to ensure they meet the needs of patients within their local area, there is still more to be done by them and the Welsh Government to ensure the delivery of its commitment to improve access to GP services.

“For the last two years, the amount of GP surgeries open during core hours has flat lined at 24 per cent, which is well under the Wales average of 31 per cent; that has to improve.

“The old model of standard access hours has to change because our working patterns and lifestyles have radically changed over recent years. Patients expect more and more of public services and GPs have to respond to accommodate that need.

“However, it is important that GPs are properly resourced and if this is a key priority as the Minister says, then she must make sure the money is there to allow GPs to make the necessary changes.”

“There has been a strong feeling in Newtown that we have been let down when it comes to health services. As GPs are the gatekeepers to further additional services, it is vital that they set the benchmark because they are often the first port of call.

Welshpool Town Councillor, Steve Kay, said that GP surgeries had to operate like any other high street business and had to be flexible and accommodating for their patients. He said:

“Patients in and around our key towns like Welshpool, want to see opening hours extended, especially over the early evening and the weekend because they want to fit appointments around their busy working lifestyles.

“At the end of the day, GPs are running not just a public service but a business as well and that has to be reflected in how they operate.”