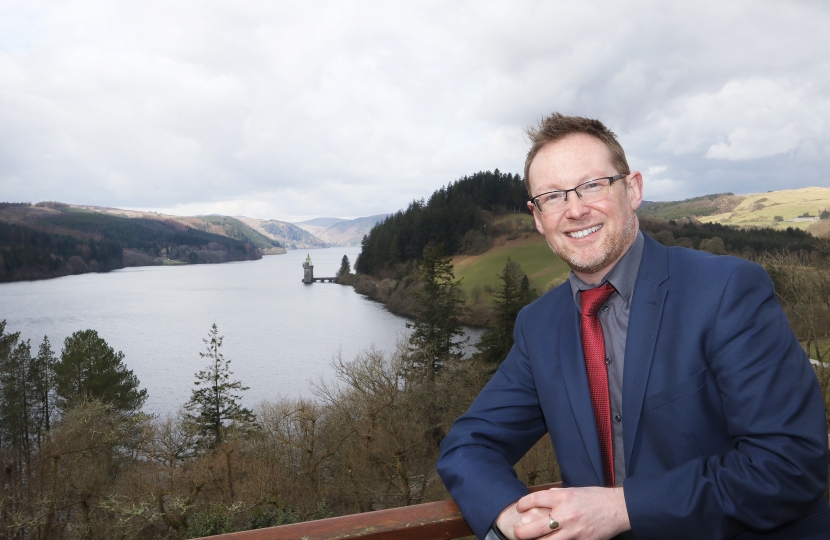 The  Welsh Parliament Member for Montgomeryshire, Russell George, has said there needs to be a greater drawdown of water during periods of dry weather. He has reiterated his concerns and has called on the Welsh Government, Natural Resources Wales, the Environment Agency and Hafren Dyfrdwy to put in place measures which will better manage both reservoirs.

“The recent appalling weather conditions have once again exposed the failure in operational arrangements and flood risk management at Clywedog and Lake Vyrnwy which has resulted in both reservoirs overflowing, the consequence of which has been downstream flooding in both areas.

“The fact that we see continuous overflowing over the top of each reservoirs, demonstrates the lack of control of water discharge.

"Over a number of years, I have spoken of the necessity of a long term solution to resolve the flooding issues which causes so much frustration and consternation for local residents and farmers, but the recent storms have  again demonstrated that not enough has been done to improve the flood risk management arrangements in spite of earlier commitments to discuss the section 20 operating agreement that is currently in place, to provide greater flood attenuation.

“I am now reiterating my calls for all agencies involved to work together to expedite a review of the management of the reservoirs at the earliest possible opportunity to ensure that there is a greater drawdown of water during periods of dry weather and I also believe that when flooding occurs, compensation should be paid to landowners who are affected.

“I will continue to question the Welsh Government Minister for Environment & Rural Affairs and the other agencies involved until we see a long term solution to this issue which causes so much exasperation in the local community.”