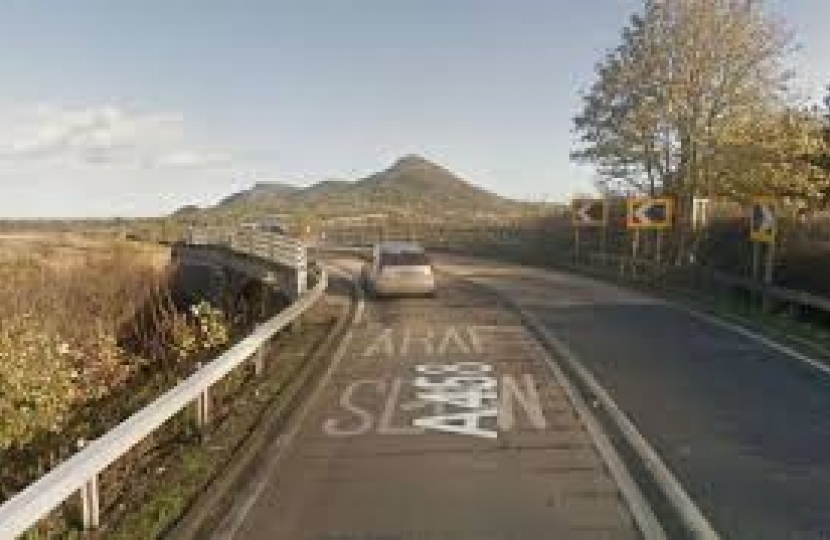 The lengthy delays to the repairs on the Cefn Bridge on the A458 near Trewern are finally set to begin ahead of the Summer Holidays following concerted lobbying by local politicians.

The Assembly Member for Montgomeryshire, Russell George, took the opportunity to raise the issue of the ongoing delays to repairs to the Cefn Bridge with the First Minister, Mark Drakeford AM, in the National Assembly for Wales.

This week (Tuesday 30th April), Mr George asked for the First Minister to intervene and liaise with Network Rail to ensure that the safety concerns of operating on a live railway track are resolved so that permanent repairs to the A458 can take place.

The County Councillor for Trewern, Buttington and Middletown, Cllr. Amanda Jenner, has also campaigned for demonstrable progress to be made on the necessary repairs which were caused by an accident on the bridge in December 2018.

Commenting on the positive news that a date has now been fixed for the permanent repairs to begin, Mr George said:

“I was delighted that the First Minister was able to respond positively to my question, and announce that permanent repairs are going to take place to the Cefn Bridge near Trewern between Friday 7th and Sunday 9th June.

"The lengthy delays have been frustrating for not only the many local people that use this road on a regular basis but the thousands of holiday-makers who use this main thoroughfare to travel to and from Mid Wales from the Midlands and elsewhere.

"I would of course have liked works to begin earlier, as we have two bank holiday weekends in May, but It does appear as though the First Minister’s intervention has focussed the attention of Network Rail and the North Wales Trunk Road Agency for which I am grateful.

“Now that we have a date, we look forward to things getting back to normal and I must pay tribute to the way in which the County Councillor for Trewern, Amanda Jenner, and the local Community Council have engaged with me on this issue to expedite a resolution to this matter which has caused so much disruption over recent months.”