Closure of Stadco will be devastating for Llanfyllin 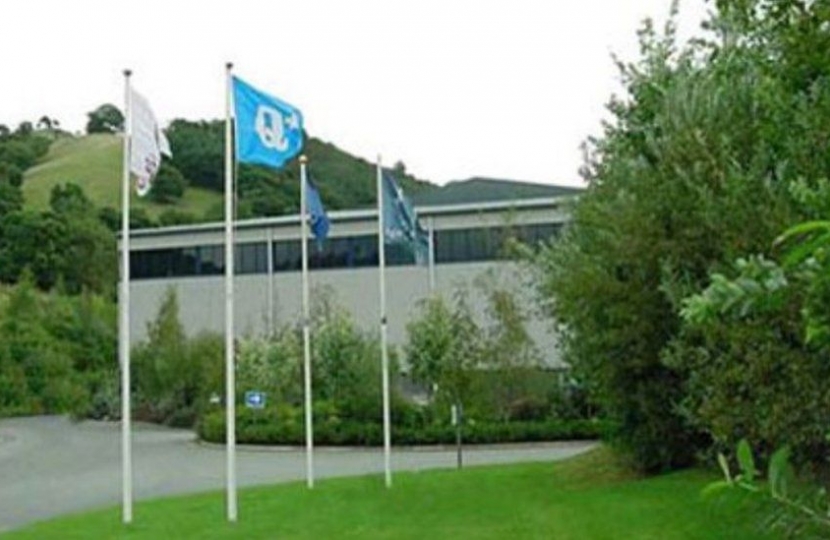 The proposal by the car part manufacturing company, Stadco, to close its operations in Llanfyllin has been described as "devastating" by local politicians, Russell George MS and Cllr. Peter Lewis.

The company, which is owned by Magna International, is intending to restructure its UK operations that would see the closure of its base in Llanfyllin, affecting 129 employees at the site.

Commenting on the news, Russell George MS, Member of the Welsh Parliament for Montgomeryshire said:

"This has come as a complete shock to the workforce and at totally the wrong time as we all deal with the effect of the Covid-19 pandemic on our lives and livelihoods. It will come as devastating news to the 129 workers at Stadco and their families.

"During the consultation period, I will be working with my colleague, Cllr. Peter Lewis to make representations to Stadco and its parent company, Magna International, in an effort to safeguard these important manufacturing jobs for the Llanfyllin community.

"Stadco is too important as a major manufacturing company in North Powys to allow it to close without making every effort to find a workable solution."

"This will come as a serious blow to Llanfyllin and all of the families which are affected at the Ffordd-y-Cain plant.

"Stadco is the largest employer in Llanfyllin and the surrounding area and only recently made a £2 million investment in the factory last year with a further £2 million allocated for next year.

"We all know that Covid-19 has drastically affected the car manufacturing industry which will have a knock on effect on car parts companies like Stadco but what was a successful and viable business in 2019 should be a successful business in 2021.

"I will be working closely with Russell George MS, Craig Williams MP and others in pressing both the UK and Welsh Governments to provide support to a company which is of crucial economic importance to our community here in Llanfyllin."

GPs are "exhausted", "under immense strain" and "don't feel heard" by the Welsh Government

The First Minister has been challenged on the support which the Welsh Government is providing to GP practices in North Powys by local Member of the Senedd, Russell George.