Calls for roundabout at the Moat Lane crossing 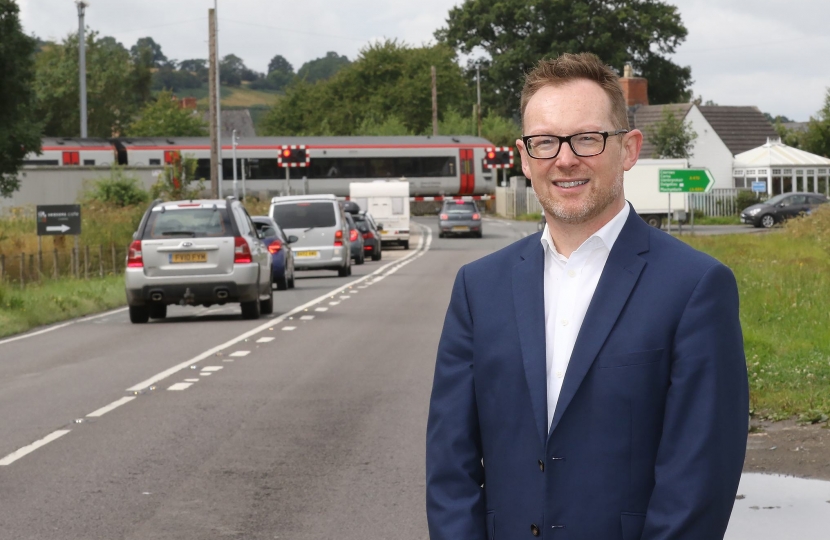 The Welsh Government has been called upon to invest in a number of road improvements in North Powys including a roundabout at the Moat Lane crossing in Caersws.

The local AM for Montgomeryshire, Russell George, has asked the Welsh Government Minister for Transport, Ken Skates AM, for improvements to be made to grow the region’s economy; ease congestion; help traffic flow, and resolve safety concerns at a number of key pinch points in Mid Wales.

"Following the successful opening of the Newtown Bypass, earlier this year, progress on a number of other road infrastructure projects, some of which have been in the pipeline for a number of years, are essential to ensure that Mid Wales has further opportunities to improve links with the Midlands, and other parts of Wales, in order to grow the economy of North Powys.

"A roundabout at the Moat Lane crossing in Caersws is one such project which could be brought forward quickly to ease congestion and help traffic flow and resolve safety concerns.

“I have taken this matter up with the Minister, Ken Skates, and I hope to discuss this with him further over the next few weeks.”

"There have been safety concerns at the Moat Lane crossing for many years and I believe we need a roundabout and road improvement scheme at this point. This would go a long way to resolving these concerns and helping traffic flow at this junction.

"It will be important that any proposals take into account the views of local people. Plans for a new footbridge into the village are also developing and I also hope to see firm proposals from the Welsh Government on this scheme in the near future."