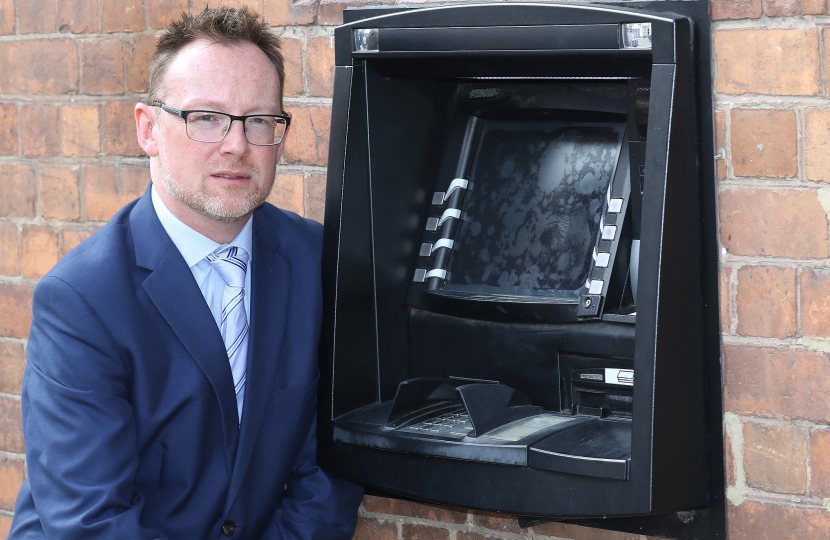 The bank becomes the latest to close its store, with another recent closure being Welshpool’s HSBC branch. Montgomeryshire member of the Welsh Parliament Russell George had said whilst banks have pointed out the use of online banking there remains a strong need for the presence of high street banks.

Barclays had stated that the decision was due to a sustained fall in physical numbers of customers coming to the banks. They announced that they will be closing their branches in Welshpool and Newtown on the 16th and 23rd September 2022, respectively.

Following the announcement by Barclays, Montomgeryshire MS created a survey that was put to the public to hear the views of constituents, the Bank also agreed to Mr George's request for an urgent meeting with the bank's officials.

During the meeting which took place this week, Mr George stressed the importance of the Banks presence in the community and the support it provides for constituents, with many already traveling into the two main towns from other areas.  Barclays said that they are committed to providing staff members two days a week in both Welshpool and Newtown, at a site that has yet to have been decided. Barclays senior team are calling this the 'Barclays in the Community model' and claimed that this means they are not pulling out of the area.

The bank has also committed to keeping the current banking staff within the company and didn't plan to make any redundancies.

''I was extremely disappointed to hear of the closure of Barclays banks within Montgomeryshire and I am grateful to the members of the public who filled in my survey to date, and who have expressed their concerns.''

''Bank branch closures will not only have detrimental impact on loyal customers, especially those who are elderly and vulnerable, but it will also have implications for the local business community, for Welshpool and Newtown as towns and the wider area, and for the reputation of Barclays.''

''On questioning the bank about what it meant for the staff locally, Barclays told to me that the staff will still work within Barclays and no staff will be made redundant. Staff will work from home and what they called 'Barclays in the Community.''

''Whilst banks have pointed out the use of online banking there remains a strong need for the presence of banking staff within the community. The bank informed me that customers will still be able to physically access staff at least twice a week, in both towns, at a location that is yet to be confirmed.''

''Whilst informing me, the bank said that they would put plans in place to support their customers, I made it clear that no plans would be a substitute for a full-time bank on the High street in both towns.''

''Going forward, I want to focus on the areas of concern or questions residents have on transactions or matters that can’t be completed via the options the bank has outlined to me, particularly known areas where the Post Office can't support on. The bank has agreed to meet with me again so I can raise specific matters.''

The bank also informed Mr George that the Post Office was now able to process transactions, and that they would be removing the ATM cash machines, as both towns already had sufficient Cash points.

Mr George has encouraged people to complete his survey so he can capture further questions and areas he can raise with the banks.

His survey can be completed here: https://www.russellgeorge.com/bank-survey