Welsh Government promised seven times that an NVZ would not be imposed on Mid Wales during the pandemic, and then did just that 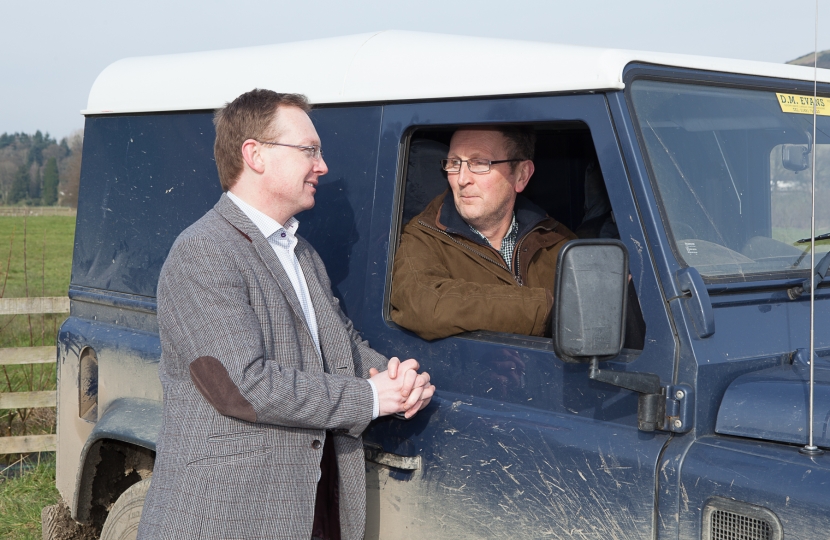 The Welsh Government's Minister for Environment, Energy and Rural Affairs betrayed farmers in Mid Wales announcing the introduction of a Nitrate Vulnerable Zone (NVZ) despite saying in the Senedd Chamber on seven separate occasions* that she would not while the pandemic continues.

Responding, Russell George, Member of the Senedd for Montgomeryshire said:

"It is incredibly disappointing that Wales is to transition to a nitrate vulnerable zone (NVZ) covering the whole of the country from April 1st, a decision which is a betrayal, and a kick in the teeth for the Welsh farming sector when it least needs it.

"Given that we’re 10 months into a pandemic, a crisis that has had a dramatic effect on all sectors of business including farming, I'm astonished that the Environment Minister has decided to take these steps now, hitting farmers when they’re down, especially given the fact she had previously said she wouldn’t look at doing this while we were still going through the pandemic.

"Time and time again, the Welsh Government has taken a blanket approach to a problem, forcing everyone to suffer. This time it is farmers who are going to endure the Welsh Government’s inability to deal – in a proportionate way – with what the farming industry acknowledges is a problem.

"There is real despair within our rural communities at the lack of understanding by the Welsh Government of issues outside Cardiff. The Minister must reverse this decision immediately, or face alienating further still Montgomeryshire's farmers, and if my Party forms the next Welsh Government following the Senedd elections, we have committed to reversing this decision, a commitment which I welcome."