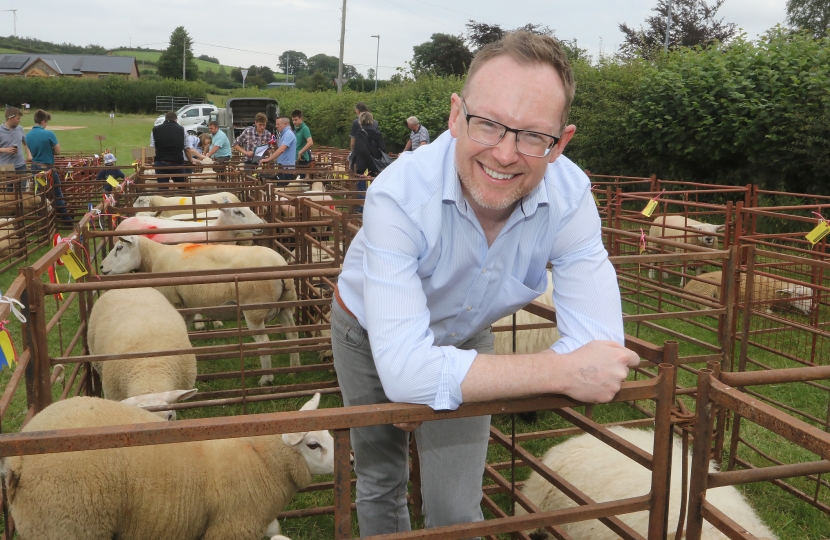 The Assembly Member for Montgomeryshire has blasted the Welsh Government over its approach to bovine TB as the latest figures, released this week (February 12), show another shock increase – up by 14 percent – in livestock slaughtered because of the disease.

Russell George has said that the administration in Wales is losing the battle to manage and eradicate bovine TB after the latest set of statistics, for November 2019, follow two consecutive months that each showed record increases.

“Let’s be clear about this; the battle to eradicate bovine TB is being lost by the Welsh Government here in Wales. The action and measures it has implemented to date are letting down the farming community and wildlife population in Montgomeryshire, and a lasting solution is long overdue.

“Livelihoods are at stake, and no amount of compensation – the average cost of £179,000 per herd for compensation and testing is not really reparation – the for loss and anxiety suffered makes up for it.

“And we must look at the financial cost, as well as the human and animal suffering.

“The Minister for Environment, Energy and Rural Affairs, Lesley Griffiths, had said that the current compensation paid to farmers is ‘unsustainable’. The Welsh Government is proposing a review of the current bovine TB compensation regime, but no timescales were provided by the Minister when she announced the review in Plenary in April 2019.”

“The sad truth is that these figures highlight that the Welsh Government’s relationship with and understanding of rural and agricultural Wales is at an all-time low.

“The hardworking farmers of Mid Wales deserve a comprehensive, scientifically-led, holistic programme of bovine TB eradication to tackle the disease in cattle and wildlife."