Unacceptable level of service on the Cambrian Line 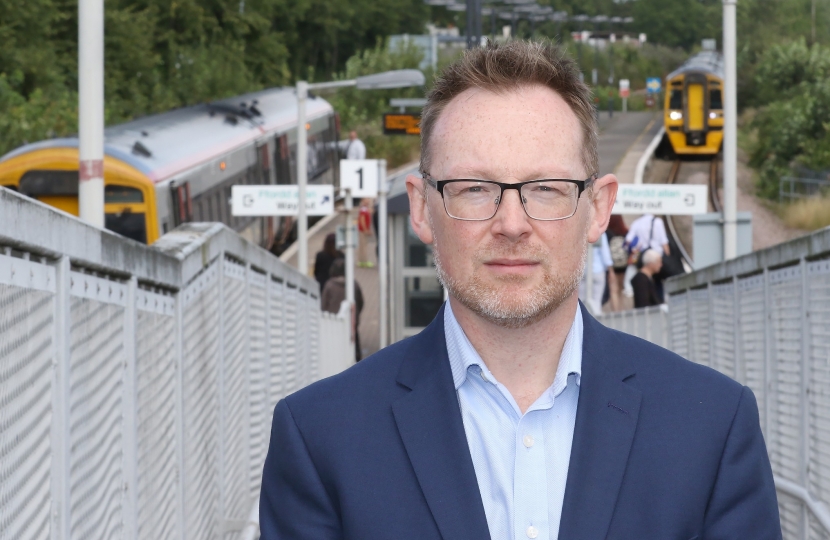 There has been an “unacceptable level of service” on the Cambrian Line according to Mid Wales AM, Russell George.

The Assembly Member for Montgomeryshire has recently obtained details of the cancelled or delayed trains on the Cambrian line between October 2018 to July 2019. 3.4% of services were cancelled and only 73.5% of services arrived on time at every station.

“Over recent months, we have seen cancelled trains, delayed trains, a lack of staff, signalling problems, short formed trains (2 carriages instead of 4), a poor or lack of quality information to passengers when issues do occur and overcrowding. This is unacceptable by anyone’s standards.

“When Transport for Wales took over the franchise last year, commitments of change were promised, which we have sadly not yet seen to the extent I would have expected.

"I will be meeting with senior officials from Transport for Wales later this month to further discuss matters, and ask them to update me on their plans for being prepared for the Autumn and Winter weather.

“Recently, I was also pleased to meet with the Shrewsbury Aberyswyth Rail Passengers' Association (SARPA) which is an active rail users group campaigning on various issues from train times and frequency of trains to station maintenance. I met with them, not only in my role as Assembly Member for Montgomeryshire, but as Chair of the National Assembly's Economy, Infrastructure & Skills Committee, to update them on the committee's scrutiny of the new Wales and Borders rail franchise. I encouraged them to share any concerns which they have with me and if any residents have issues with the rail service on the Cambrian Line, please do get in touch with me.

“A new fleet of trains is being built specifically for the Cambrian Line and will be introduced from 2022. These trains will deliver increased capacity for passengers but will also run with faster acceleration, allowing services to meet the timetable more reliably. However, until the new trains are introduced, I will be calling for Transport for Wales to make progress on improving their level of service; to increase the frequency of services to one train per hour throughout the day; and make improvements to facilities at stations including Machynlleth.”