Thank you Cynan and Merry Christmas 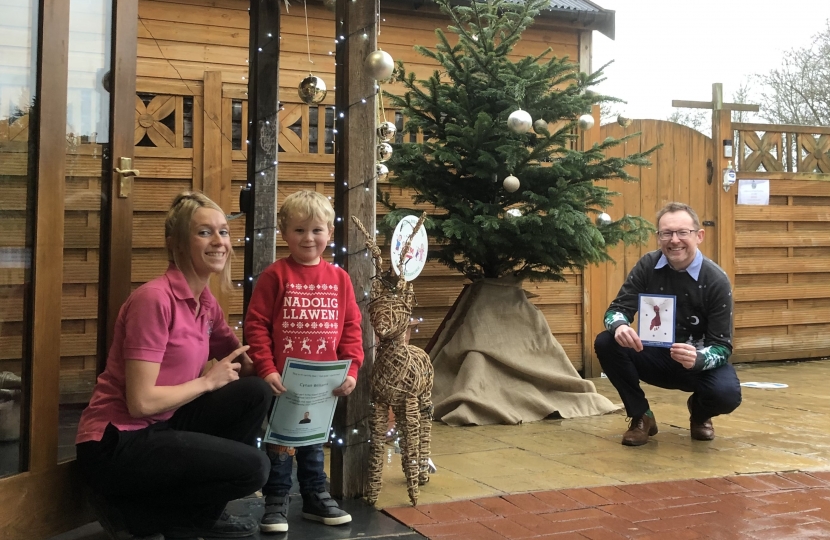 The Member of the Welsh Parliament for Montgomeryshire has said a big thank you to Cynan Williams from Brookfield Day Nursery who designed his Christmas card this year.

Russell George MS has thanked Cynan and all of those who took part in his annual competition to design the official picture, depicting a Christmas scene, which has been carried on the front of the Christmas cards which Mr George has sent out this year.

“I would like to thank Cynan for designing this year's Christmas card and all entries were of an incredibly high standard so it was very difficult picking the winner.

“I was pleased to meet Cynan from a distance at Brookfield Day Nursery to present him with a certificate and congratulate him in person.

My Christmas cards have now been sent out to organisations and individuals all over the country.

“I hope to be holding the competition again next year and that even more children from across Montgomeryshire will take part.

"I would like to wish everyone a Merry Christmas."