Superfast broadband progress but 'delivery is key', says AM 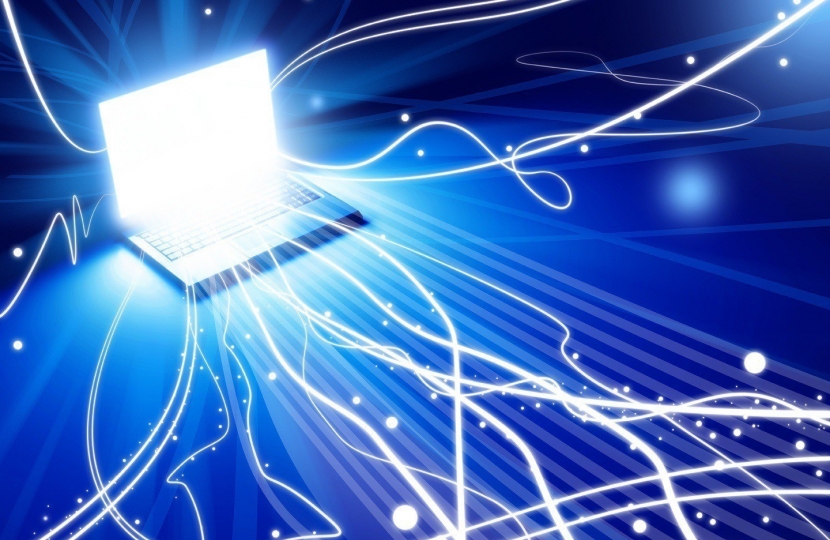 Mr George, who is also the Chair of the Assembly’s Cross Party Group on Digital Communication, made the comments following a debate in the National Assembly on improving broadband and mobile services in rural Wales. The debate came in the same week that BT announced that by 2015, another 151 communities in Wales would benefit from Superfast Cymru, the next generation broadband project it is delivering in partnership with the Welsh Government with public sector investment.

The project will see £425m invested to expand high-speed broadband throughout Wales, comprising European Structural (ERDF) Funding of £89.5m, UK Government funding of £56.9m, Welsh Government funding of £58.6m and BT’s investment of £220m. The Welsh Government has set itself an ambitious target for improving communications infrastructure and aims to deliver high speed broadband to 96 per cent of Welsh homes and businesses by Spring 2016. The agreement also requires BT to commit to delivering ultra-fast speeds of up to 330 Mbps to certain areas through the use of Fibre to the Premises technology.

However, in spite of the progress which is due to made following the implementation of the Superfast Cymru project, Point Topic has recently published five-year forecasts of superfast broadband availability in the UK which shows that Wales is expected to have the lowest superfast coverage and take-up at the end 2015.

“The Welsh Government has set itself very ambitious targets for improving communications infrastructure across Wales but it’s important that delivery and take-up matches that ambition.

“While we are still in the early stages of this project, for me it is vital rural areas with little or no broadband coverage are dealt with first and that must be the priority for ministers and BT.

“While I do welcome the news that about 50% of Montgomeryshire will be rolled out and become live by the end of next year areas (Machynlleth, Newtown, Welshpool, Caersws, Kerry Tregynon and Trefeglwys), other areas like Llanfyllin, Forden, Pennant and Llanfair Caereinion, won’t be live until 2015.

“It’s my job is to hold Welsh Government and BT to account and ensure that they stick to the set project timescales and they actually deliver for the residents of Mid Wales what they have pledged to achieve.

“I am also pressing BT and Welsh Ministers to identify areas of Mid Wales that will not be covered by the project, so that people living in those areas have sufficient warning so that they can seek broadband solutions from other Internet Service Providers through the Access Broadband Cymru scheme.

“The key fact is that broadband infrastructure in a rapidly changing and evolving world is no longer a luxury – it has now become like any other household utility – it’s an absolute necessity.”

The list of roll out for Montgomeryshire is as follows: