A Shadow Cabinet Reshuffle for a Future Welsh Conservative Government 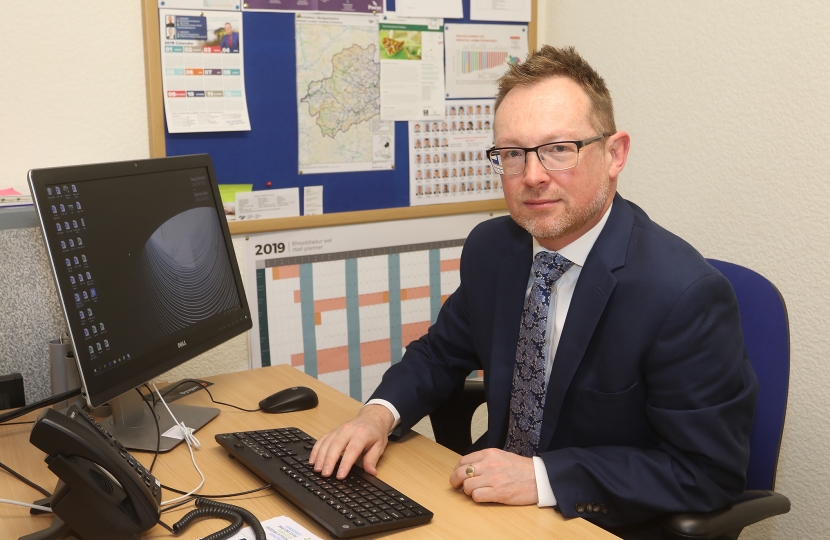 The Welsh Conservative Party Leader, Paul Davies MS, has set out a wide-ranging reshuffle of his Shadow Cabinet in preparation for the 2021 Welsh Parliamentary Elections.

Retaining his position in the Shadow Cabinet, Russell George MS, Member of the Welsh Parliament for Montgomeryshire, has been reappointed as Shadow Minister for Economy, Infrastructure & Mid Wales.

"I'm delighted that Paul has reinvested his confidence in me as Shadow Minister for the Economy & Infrastructure in his Shadow Cabinet.

"With just over nine months to go before the Welsh Parliament elections, I am looking forward to continuing my job in challenging the Welsh Government on its failure to support Welsh businesses and investing in our transport infrastructure. I will also be setting out a positive and ambitious vision for the Welsh economy under what I hope will be a Welsh Conservative Government come next May."

Angela has previously shadowed health, education and finance amongst other portfolios, which, along with her significant business experience, make her uniquely placed to take on this key role.

As a result, Andrew RT Davies MS becomes Shadow Minister for Health, Social Services and Sport, a critical portfolio in this period, and unifying the portfolio to precisely mirror two Welsh Government ministers.

"I'm particularly pleased at the appointment of my friends and colleagues - Angela Burns MS and Andrew RT Davies - in their respective positions.

"In appointing Angela to this cross-cutting role, Paul has shown that he isn't afraid to do things differently and to ensure that any future Welsh Conservative Government will be held to account by an arm's length body which will be there to advise on better governance in Wales.

"By appointing Andrew to take on the Health portfolio which Angela is vacating to take up her new role, we will have someone who, as a former Leader of our Party, wasn't afraid to challenge the Welsh Government on its questionable record. His appointment will ensure that there is robust scrutiny of the Welsh Government in one of the most important departments of Government.