Russell delighted to be selected to contest next Welsh Parliament Election 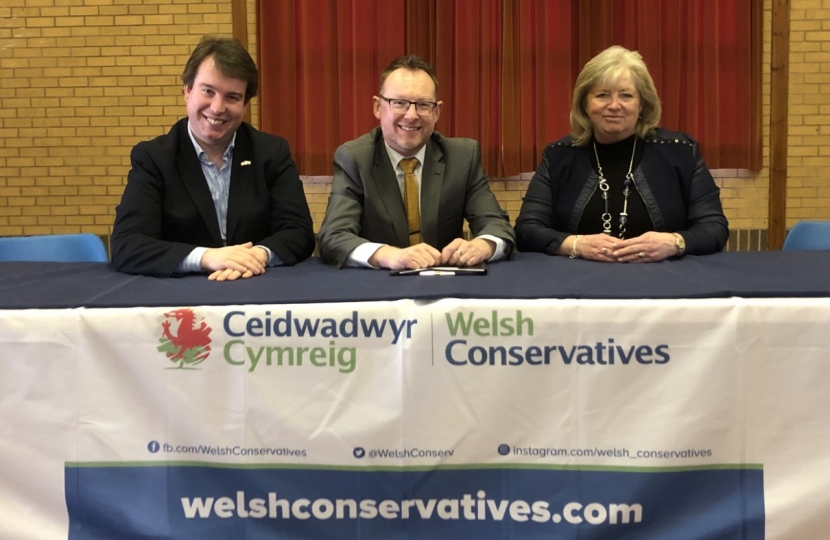 Montgomeryshire Conservatives have confirmed that Russell George will be the party's candidate to contest the Welsh Parliament Elections in May 2021.

At its Annual General Meeting held at Trefeglwys Community Centre on Saturday (29th February), the Montgomeryshire Conservative Association formally reselected Mr George who will now hope to be re-elected next May for a third term as Montgomershire's representative in the Senedd.

"I'm delighted and privileged to have earned the confidence again of local Conservative members who have reselected me as the Welsh Conservative candidate for the Welsh Parliament elections next year.

"I am now looking forward to the forthcoming campaign and I of course hope to earn the trust of local people so that I can continue to represent them to the best of my ability both locally and in Cardiff Bay.

"There continue to be challenges ahead and I will campaign to ensure that the local provision of healthcare for the people of Powys is maintained and strengthened; people have a say on proposals to change our education system; that we drive forward long term economic development and other transport projects here in Powys to ensure that our communities are connected; we support our farming industry and rural economy here in Mid Wales; and that we do more to close the digital divide by ensuring that all of our communities have the high speed broadband and mobile connectivity which people in other areas take for granted."

"I'm delighted that Russell has been reselected and I look forward to continuing our close working relationship as Montgomeryshire's representatives in Westminster and Cardiff Bay. We both have a passion for the communities in Montgomeryshire which we represent and I want to continue working with Russ to support the people and businesses within them. I was also pleased to welcome my colleague and Wales Office Minister, David TC Davies MP, to Saturday's event.

"Russell has been a fantastic advocate for Montgomeryshire in the Senedd over the last nine years so local Conservative members were delighted to provide him with the confidence to go forward to contest the forthcoming election in 2021 as the Welsh Conservative Candidate. Members of the Montgomeryshire Conservative Association and I will do our best to ensure that Russell is re-elected and will begin in earnest to have as many conversations with people from across the constituency about his record of action and his priorities going forward."