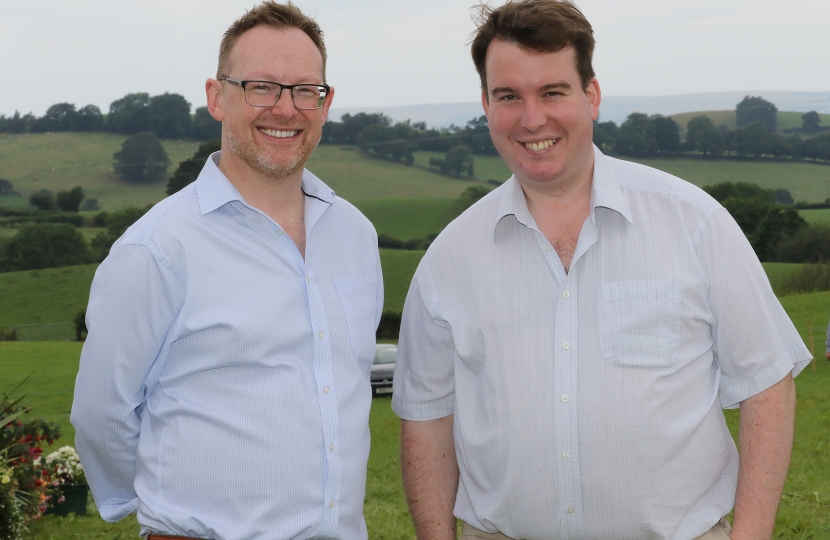 The manifesto pledge by the Conservative Party for a Pant-Llanymynech Bypass and an ambitious Marches Growth Deal to improve transport networks and boost economic growth across the Welsh border has been welcomed by local Assembly Member, Russell George.

The AM for Montgomeryshire welcomed the Prime Minister's announcement that a majority Conservative UK Government will work with the Welsh Government and councils on both sides of the border to negotiate a Marches Growth Deal that will deliver much needed road improvements, boost local economies and cooperation between communities in England and Wales.

Crucial cross-border road schemes such as the Pant-Llanymynech bypass have not yet been delivered but the Conservatives are determined to change this. Stronger cross-border collaboration will provide a major boost for communities in Montgomeryshire that are already part of a dynamic economic cluster with communities across Shropshire.

"Following pressing for this commitment to be included in our manifesto, I welcome the Prime Minister's commitment to a Pant-Llanymynech Bypass if the Conservatives are returned with an outright majority in the General Election on December 12th.

“The local campaign for a bypass has been rumbling on for decades and the lack of progress is creating significant concern for residents, preventing tourists from visiting and spending their money in Mid Wales, and affecting local Mid Wales businesses who rely on exporting their goods across the border.

"My colleague, the Prospective Parliamentary Candidate for Montgomeryshire, Craig Williams, has recently met with local residents and Shropshire's prospective MP, Owen Paterson. I'm delighted that it is now being given the attention it deserves through this proposed new deal which the Conservative Party will deliver if it achieves an overall majority in the forthcoming General Election.

"Many people live, work and access public services on different sides of the Welsh-England Border but our governance arrangements do not incentivise improving those links. A long term solution can only go ahead if the UK and Welsh Governments work together on this crucial cross-border scheme and I welcome these proposals for investment in our cross border infrastructure."