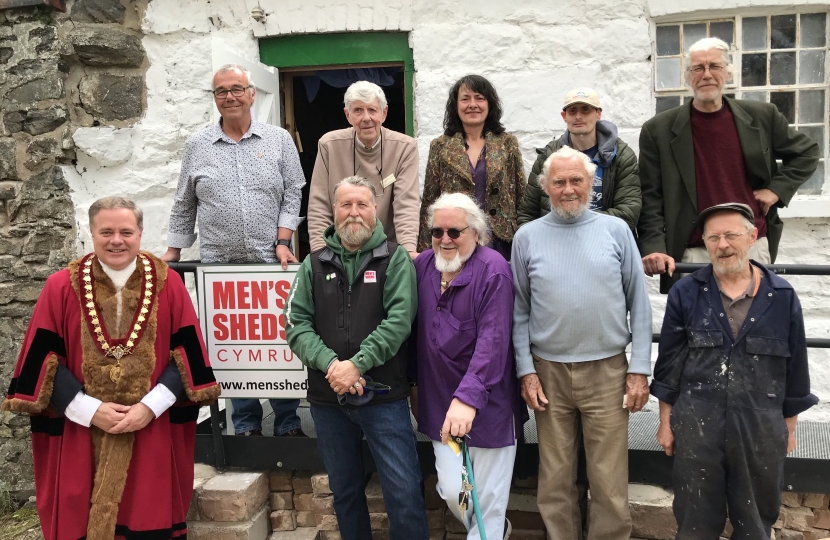 Local Community Co-ordinator, Sheela Hughes, first suggested setting up a Men’s Shed to Vic Brown who is now the Chairman of the Llanfyllin Men’s Shed. They moved to the Workhouse last year and won an Awards for All grant from the National Lottery of £10,000 last month.

“Our town can be very proud of this achievement and the Llanfyllin Men’s Shed is the 52nd to open in Wales since 2014, all part of a worldwide Men’s Shed movement which started in Australia in 1998 and brings older men together to combat social isolation. They are keen for others to join and we all wish them every success in the future!"

“I would like to congratulate Men’s Shed Llanfyllin for being the first in Montgomeryshire and for securing this National Lottery funding.  I became aware of the work of the Men’s Shed Association a few years ago, and it’s a great organisation that exists to improve the overall health and wellbeing of men."