Newtown Bypass ‘must be a priority’ says AM 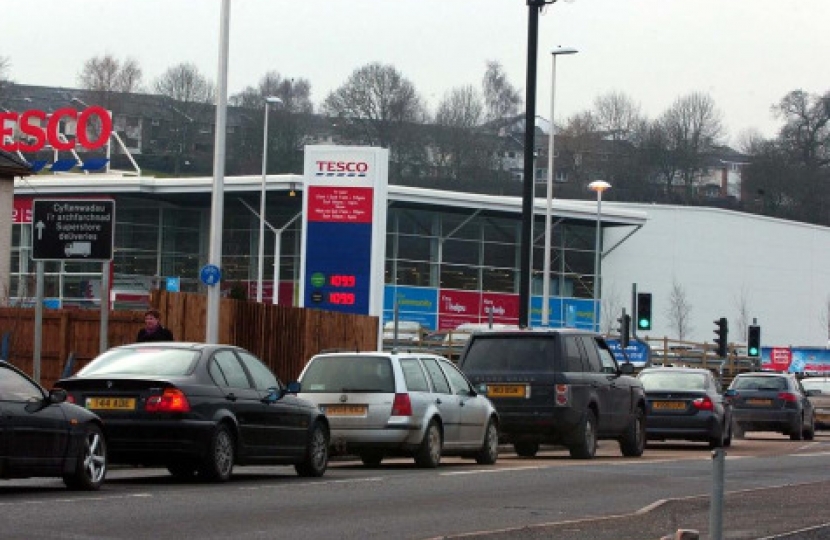 Montgomeryshire Assembly Member, Russell George, has asked the First Minister to reassure the people of Mid Wales that the Newtown Bypass remains a Government priority.

During weekly questions in the National Assembly (Tuesday 1 November), Mr George raised concerns that the project seems to be slipping off the Government’s transport agenda and asked if the First Minister would give a commitment that the Government would adhere to the time scales outlined in the National Transport Plan.

"I have real concerns about the Newtown Bypass project and I have written to the Transport Minister several times expressing those concerns. The accuracy of the information I have had back, particularly in relation to when the construction phase will begin, has led me to believe this project is rapidly slipping of the Government’s agenda.

"Businesses and residents are frustrated about the lack of progress and the constant delays are becoming a major barrier to regeneration."

First Minister, Carwyn Jones AM, responded to Mr George by saying that preparatory work was still on-going and that construction tenders will be issued shortly.

"While I appreciate the First Minister’s answer, I am still no clearer on when construction will start. I have been given a range of dates from the Government from 2013, through to 2015. This level of uncertainty is simply unacceptable and does nothing to increase business confidence in the region."

Newtown’s traffic problems were also discussed this week at the Assembly’s Petition’s Committee. Members discussed correspondence from Transport Minister, Carl Sargent AM, in which the Minister claimed that local residents felt the traffic management system in the town was ‘generally working well.

Mr George, who is also a member of the Committee, said that it was ‘laughable’ and ‘incorrect’ that local people believed the signal system is working well and suggested that the Committee call on the Minister to give evidence.

"I am pleased that the Committee has agreed with my suggestion and that the Minister will come before the Committee to justify his claims. It will also be an opportunity for Assembly Members to question and clarify the timetable of the bypass project.

"The fact that thousands of people signed the Newton Traffic Petition has enabled us to raise the profile of the traffic problems in Mid Wales and has allowed us to formally question the Minister."