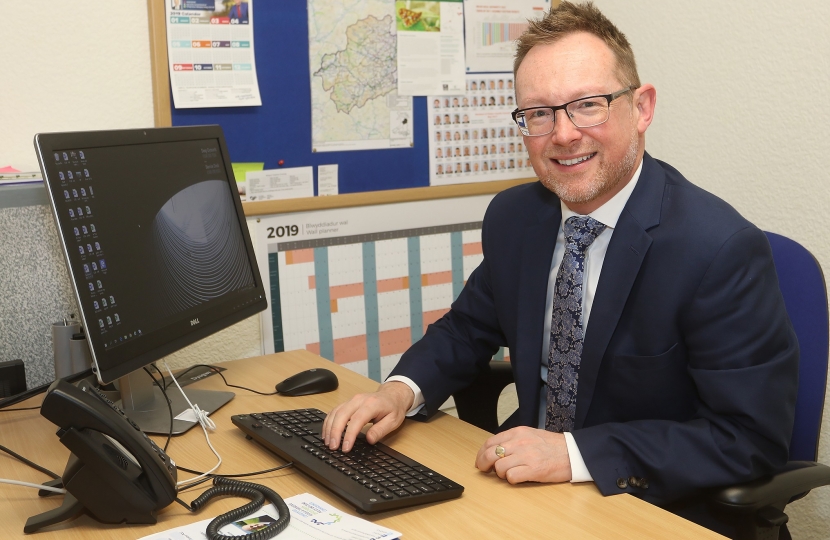 In this month's newsletter, I report on welcome news that Shrewsbury has received the green light for an Emergency Care Centre.

I would also urge you to study the proposals contained in a Welsh Government consultation which could result in potential changes to our landscapes. You can read my full report here.

At the bottom of my e-news, I have included details of a funding advice day which I am holding in Welshpool early next month. All are welcome to attend.

As always, if you have any feedback or require any advice or support on the issues raised in this newsletter or on any other matter, please don't hesitate to contact me by telephone on 01686 610887 or by email at russell.george@assembly.wales 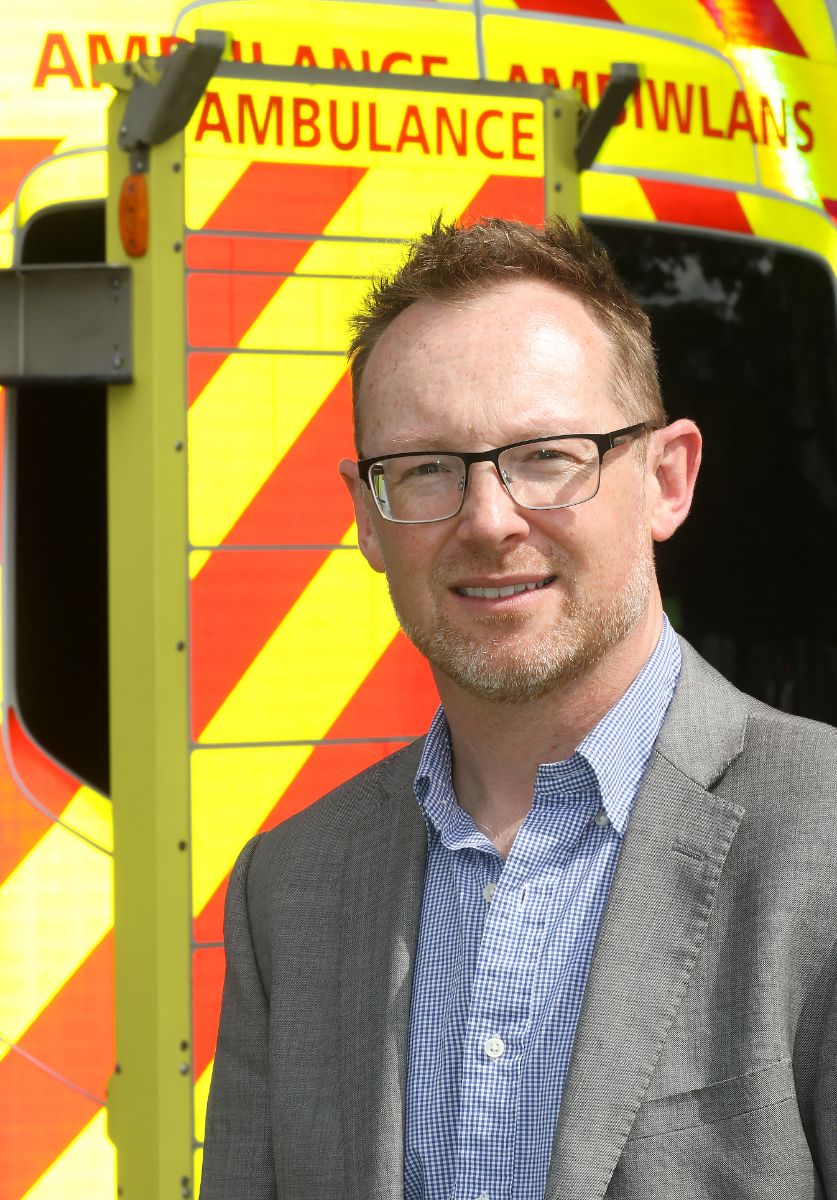 Earlier this month, it was announced that the UK Government's Health Secretary, Matt Hancock MP, has confirmed that "Future Fit" plans to build a new Emergency Care Centre (A&E) in Shrewsbury would go ahead. The news comes after years of debate and campaigning over Shropshire's hospital services.

This will now mean that the Royal Shrewsbury Hospital will become a new Emergency Care Centre and The Princess Royal Hospital in Telford will become a Planned Care Centre, with a 24-hour Urgent Care centre at both hospitals.

You may recall, that earlier this year, plans were given the go ahead to transform hospital services for the half a million residents of Mid Wales, Shropshire, and Telford. However, Telford & Wrekin Council had challenged the decision-making process and recommendations. It had formally referred the matter to the UK Government's Health Secretary, who then asked an independent panel to look into the matter further before making a decision.

I’m delighted that Matt Hancock has now accepted their independent advice that "Future Fit" should proceed with the new emergency centre based in Shrewsbury, alongside an improvement in other types of care. This represents a huge investment of over £300 million in world class critical and emergency care now being invested in Shrewsbury.

This will be positive for us in Mid Wales, as not only will we see life-saving emergency healthcare located in Shrewsbury, with the large investment that comes with it, we will also see the return of the women and children’s consultant-led inpatient service return to Shrewsbury.

The following services will be provided at the Royal Shrewsbury Hospital:

The following services will be provided at the Princess Royal Hospital in Telford:

I think it’s also important to point out that both hospitals will continue to provide adult and children’s outpatients services and diagnostic tests as well as a 24-hour Urgent Care Centre, Day Case Renal Unit and Midwife-led unit.

However, the change would mean that some planned and elective healthcare will be delivered in Telford, so during this process, I also expressed the view in my own consultation response that, alongside the proposed reconfiguration of services in Shropshire, it is essential that some planned care is delivered locally in our local community hospitals in Llanidloes, Newtown, Welshpool and Machynlleth, to prevent the need to travel out of county to see a consultant. I will be keen to understand how the Shrewsbury and Telford Hospital NHS Trust will work in partnership with Powys Teaching Health Board to achieve this going forward.

I firmly believe that NHS services should be delivered as close as possible to home and I have previously called on the Welsh Government to allocate additional funding to Powys Teaching Health Board for minor injury units and develop a Community Hospital Development Fund to encourage the innovative use of community hospitals across rural Wales. I will also be looking for the Welsh Government to revisit this suggestion following the changes to healthcare across the border in Shropshire. My view is that patients should not travel significant distances for some planned care procedures when this type of elective healthcare can be delivered locally, making community hospitals more sustainable and to ensure that any additional economic, social and psychological burden of travelling further to access planned care or visiting friends and family is alleviated.

This decision is a milestone which marks the point where the Shrewsbury & Telford Hospitals Trust has begun to confront its challenges and makes the necessary reforms which will allow it to attract top class consultants and clinicians. I am hugely encouraged by the initial decision, which I hope will allow building works to commence on the Shrewsbury site for a new Emergency Centre by the end of next year (2020).

Finally, I would like to pay tribute to the way in which clinicians continue to get on with the job and strive for the highest possible standards of healthcare in spite of the challenges which the Trust has faced in recent times. I know that this dedication and commitment to patients will continue. 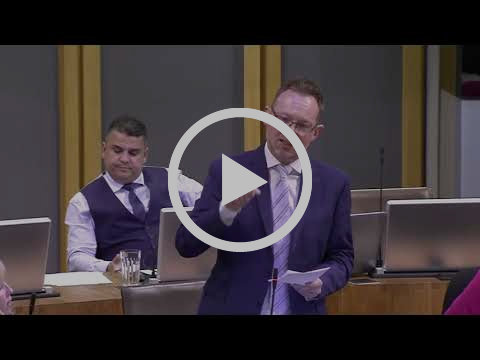 Rail Services on the Cambrian Line

Last month, I referred to the unacceptable level of service on the Cambrian Line and I have had the opportunity to take up these issues with both the First Minister (see video clip above) and the CEO of Transport for Wales.

Over the summer, we have seen cancelled trains, delayed trains, a lack of staff, signalling problems, short formed trains (2 carriages instead of 4), overcrowding and a lack of quality information to passengers when issues occur.

I was disappointed by the First Minister's dismissive response but was pleased that Transport for Wales have recognised that services on the Cambrian Line have simply not been good enough.

They have made a commitment to me to work closely with Network Rail to improve reliability and day-to-day performance on the Cambrian Line. I have been informed that a fleet of brand-new trains is being built specifically for the Cambrian Line and will be introduced from 2022. These will deliver increased capacity for passengers but will also have better acceleration allowing services to meet the timetable more reliably.

A team within Network Rail has also been working to solve an intermittent problem with the signalling system which has also contributed to delays on the Cambrian Line in recent months.

Longer term, they will be increasing the frequency of services to one train per hour throughout the day and making improvements to facilities in Machynlleth station in 2021.

As Chair of the Economy, Infrastructure & Skills Committee, I also attended a Committee visit to the Transport for Wales' Maintenance Depot in Cardiff to discuss their preparations for the challenging Autumn and Winter period following severe disruption last year caused by Storm Callum in order to gain assurances that a repeat of the disruption will not occur again when the weather deteriorates. 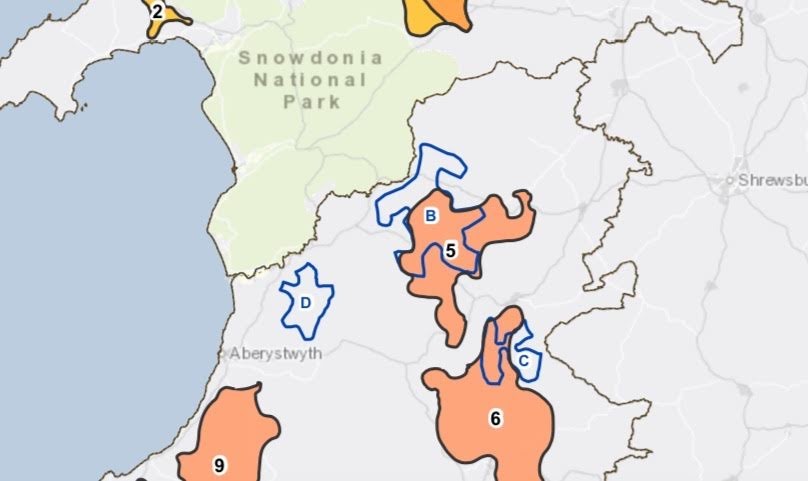 Proposals to change our landscapes

Last month, I drew your attention to proposals contained within the Draft National Development Framework. The draft contains proposals for large scale wind development to be directed towards priority areas, ad detailed in the map above.

Last week, I also called on the Welsh Government to make a statement in order for the National Assembly for Wales to be able to scrutinise proposals contained within the Draft Framework.

At July's meeting of the Clywedog and Vyrnwy Liaison Group Meeting, it was established that the responsibility for the drawdown and flood risk management is with the Environment Agency and not Natural Resources Wales.

However, I feel more positive that the long term review may provide some more positive changes, although I don’t believe this will be undertaken for some years.

Natural Resources Wales will now meet with the Environment Agency and Severn Trent Water to understand their approach to the longer term review and how they and the Liaison Group can feed into the review.

I also made enquiries about the possibility of compensation to landowners who have suffered flooding to their land. 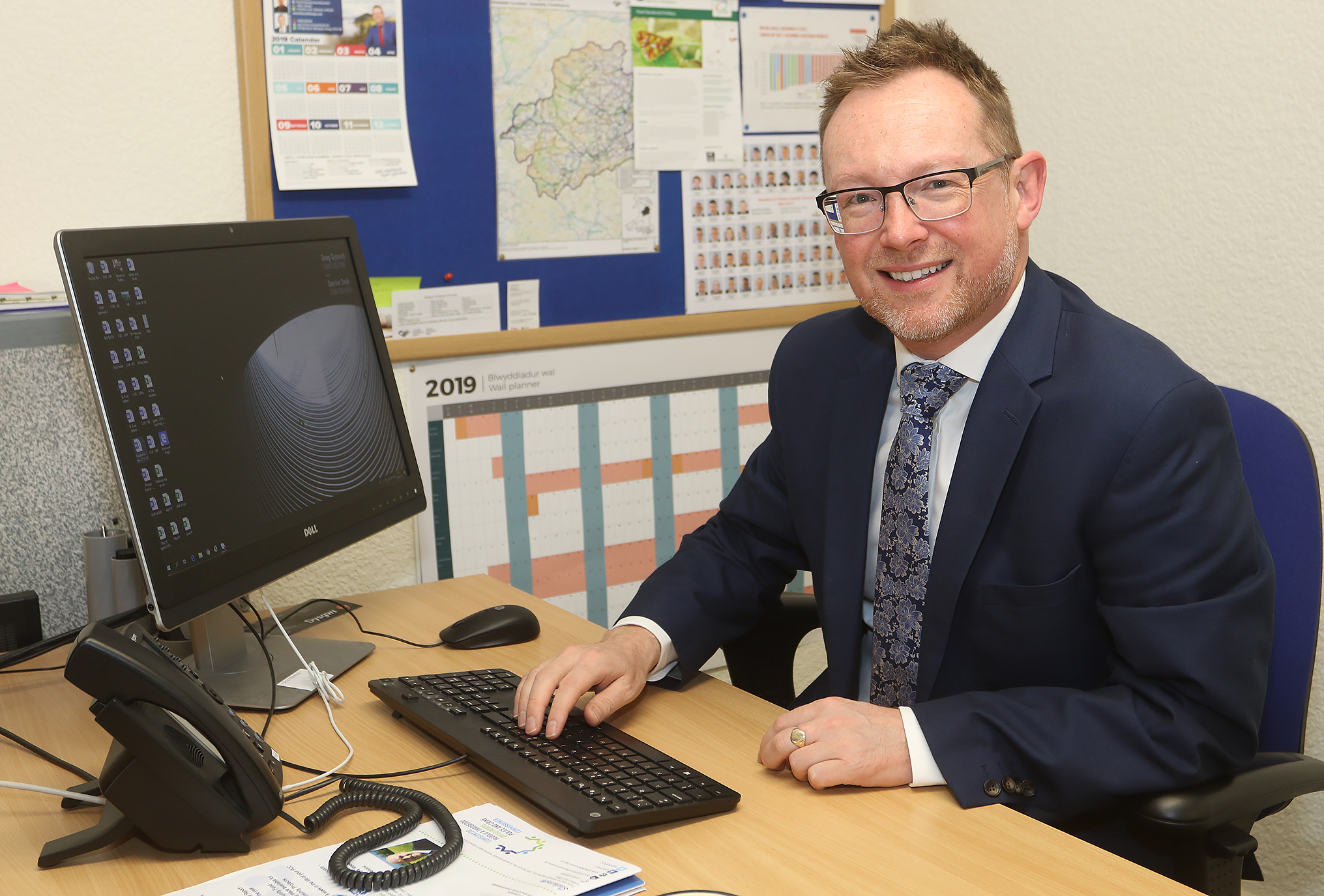 As well as my principal role as Assembly Member for Montgomeryshire, I also have the privilege to chair the National Assembly's Economy, Infrastructure & Skills Committee. The Committee was established to examine legislation and hold the Welsh Government to account by scrutinising expenditure and policy matters on economic development; transport; infrastructure; employment; skills; and research and development, including technology and science.

The Committee is currently carrying out a number of inquiries. The most recent report, published last week, was on Electric Vehicle Charging Infrastructure. You can reas more by following the links below.

The Future Development of Transport for Wales

Public procurement and the foundational economy 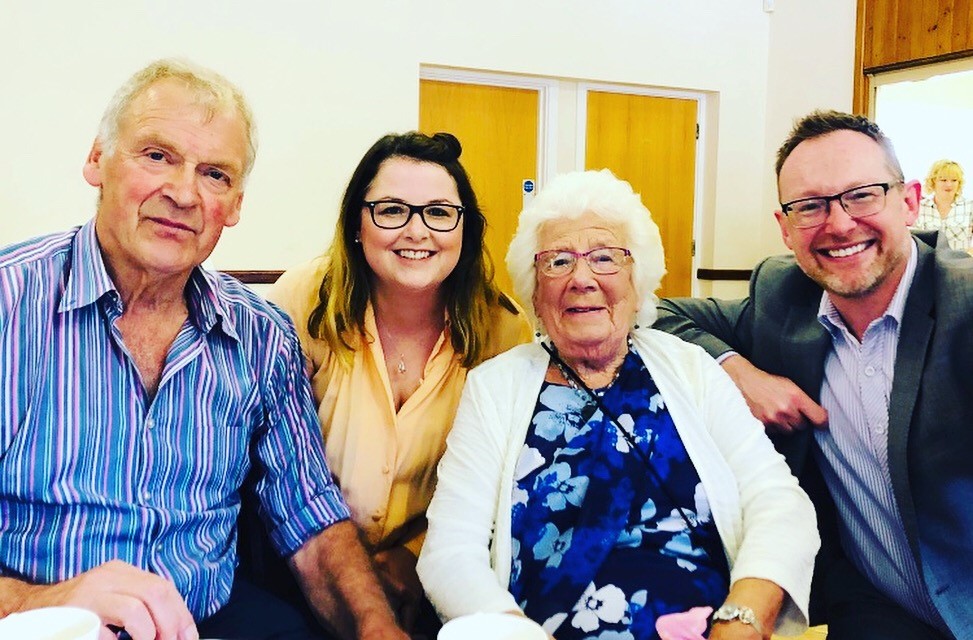 Thanks to Ida Hughes

A special celebration took place at Middletown Village Hall a couple of weeks ago to celebrate the community service of Mrs Ida Hughes who has served on the local Community Council for 50 years, as well as serving in many other local organisations.

We have hundreds of town & community councillors which volunteer their time throughout Montgomeryshire and all should be thanked for their hard work but I would like to say a very special thank you to Ida. 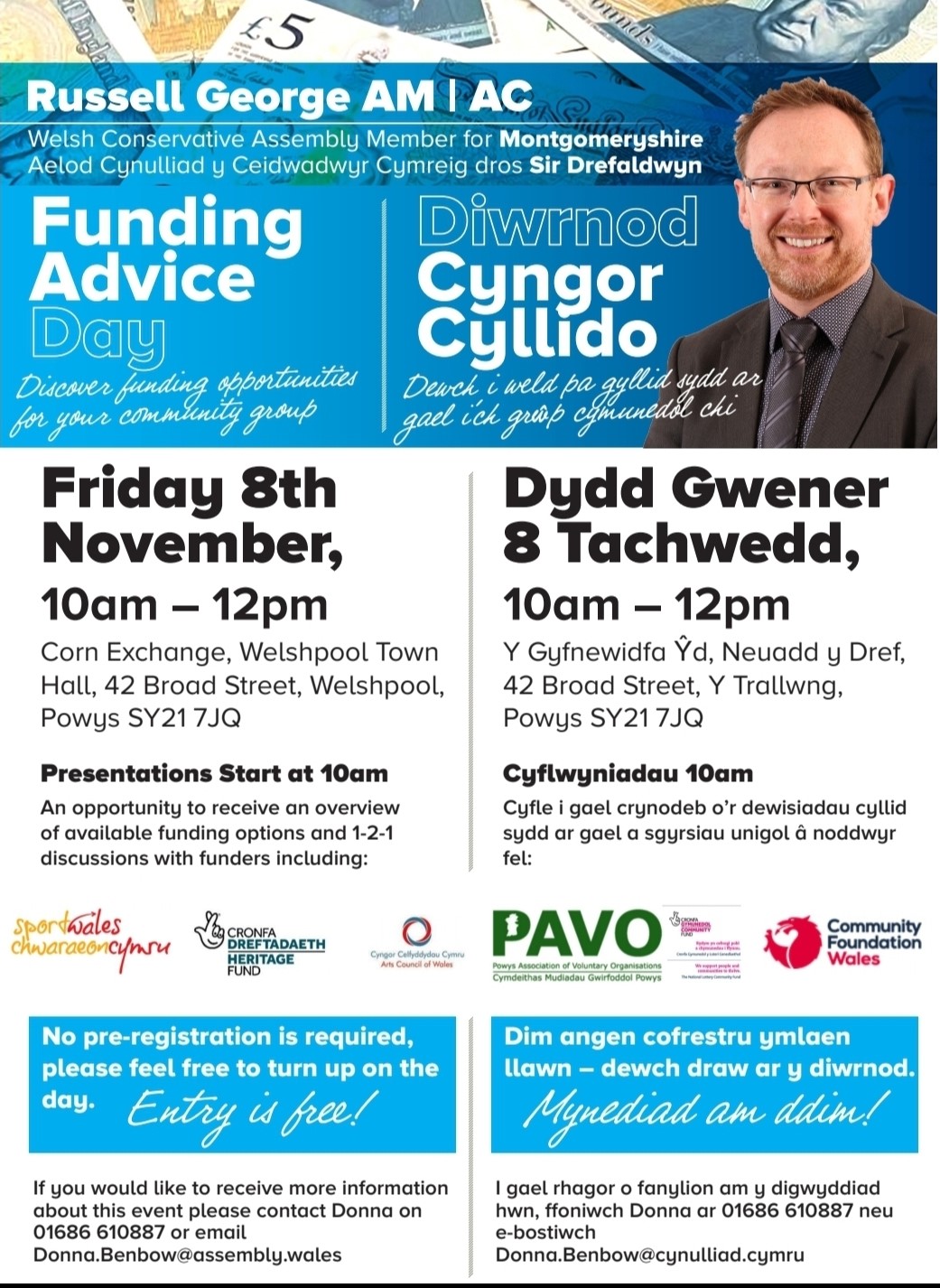