I hope you enjoy the May 2019 edition of my newsletter. I can't possibly mention everything in my newsletter so if you would like to be updated on matters which I haven't mentioned, please do feel free to contact me.

On Monday (6th May), the National Assembly celebrated the 20th anniversary of its first elections and many people are taking the opportunity to ask what devolution has done for Wales and Mid Wales. I have written an article on "20 years of Devolution" which can be read here.

If you would prefer to receive this update in Welsh, please let me know and I will arrange for you to receive a copy in your preferred language. 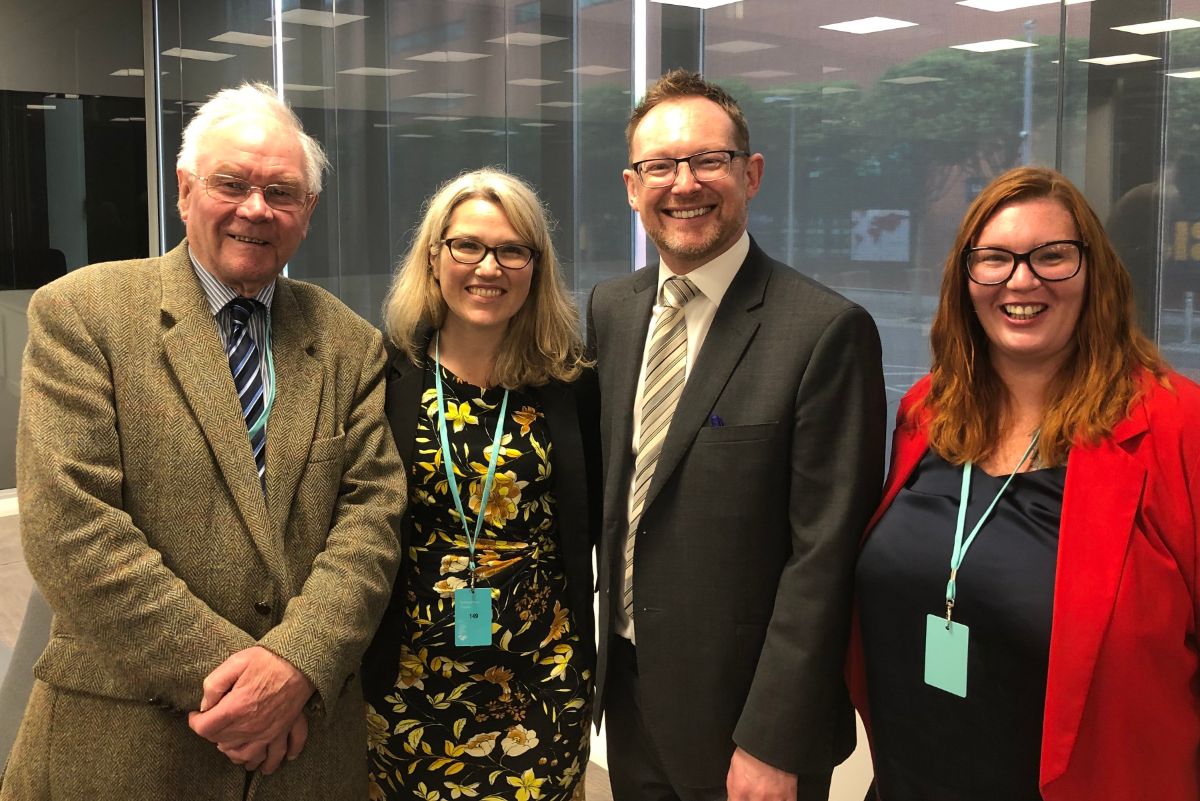 Here, I'm pictured with Michael Jones who is a Montgomeryshire constituent and has supported community transport in our area for many years. I was pleased that he was able to attend the consultation event which the Committee I chair held last week to assist the Committee's work on improving public transport...

You may be aware that in addition to my primary role in representing you, the people of Montgomeryshire, I also chair the National Assembly for Wales' Economy, Infrastructure & Skills Committee.

The Committee meets on a weekly basis to examine legislation and hold the Welsh Government to account by scrutinising expenditure and policies relating to economic development; transport; infrastructure; employment; skills; and research and development, including technology and science.

The Committee has recently undertaken an inquiry into the Future Development of Transport for Wales, with a particular emphasis on effective governance and transparency. The report was published last week.

Our work has coincided with the publication of the Welsh Government’s White Paper ‘Improving Public Transport’, which outlines legislative proposals to introduce Joint Transport Authorities and reform the delivery of local bus services and licensing of taxis and private hire vehicles. The outcome of that consultation is still awaited, and the Committee will separately scrutinise and respond to the proposals for buses and taxis.

With future transport governance arrangements yet to emerge, many questions remain unanswered about how Transport for Wales will fit into the Welsh Government’s vision for a better, more integrated transport network for Wales.

The evidence was unequivocal - transport is first and foremost about the needs of the user, and governance arrangements must reflect this. It is also critical that the policy functions of health, education, housing and land use planning are integrated into decision-making, in order to successfully deliver an integrated transport network.

We are at a crossroads as the Welsh Government aims to create a “high quality, low carbon, integrated public transport system across the country”. The challenges are many not least in Mid Wales. They include meeting the very different needs of both urban and rural communities, and developing a transport system that works for Wales’ unique topography, demographics and existing democratic structures.

I am grateful to all those who took part in this inquiry. I hope that the Committee’s findings, when published, can contribute to the development of a body with robust governance arrangements that are appropriate for Wales, and will serve the travelling public well in the journeys ahead of us.

Following the many bank closures in Mid Wales, I was keen to see the Economy, Infrastructure & Skills Committee launch an inquiry into access to banking, in order to examine the impact of bank branch closures in Wales on local businesses, consumers and the Welsh economy.

The consumer organisation, Which?, has applauded the Committee for focusing on this issue and has called for the UK Government to "appoint a regulator with oversight for protecting access to cash and manage against these rapid changes to ensure the millions of people still reliant on cash in their daily lives aren't shut out from being able to buy local goods and services."

The deadline for submissions to this consultation is Friday 17th May and you can respond to the consultation by visiting the committee's website here.

Last week, I was pleased that the First Minister was able to respond positively to my calls for him to intervene and expedite a resolution to the delays to the necessary repairs on the Cefn Bridge in Trewern following a road traffic accident involving a HGV back in December. He has announced that permanent repairs are going to begin between Friday 7th and Sunday 9th June which is positive news.

The lengthy delays have been frustrating for not only the many local people that use this road on a regular basis but the thousands of holiday-makers who use this main thoroughfare to travel to and from Mid Wales from the Midlands and elsewhere.

I would of course have liked works to begin earlier, as we have two bank holiday weekends in May, but It does appear as though the First Minister’s intervention has focussed the attention of Network Rail and the North Wales Trunk Road Agency for which I am grateful.

Now that we have a date, we look forward to things getting back to normal and I must pay tribute to the way in which the County Councillor for Trewern, Amanda Jenner, and the local Community Council have engaged with me on this issue to expedite a resolution to this matter which has caused so much disruption over recent months. 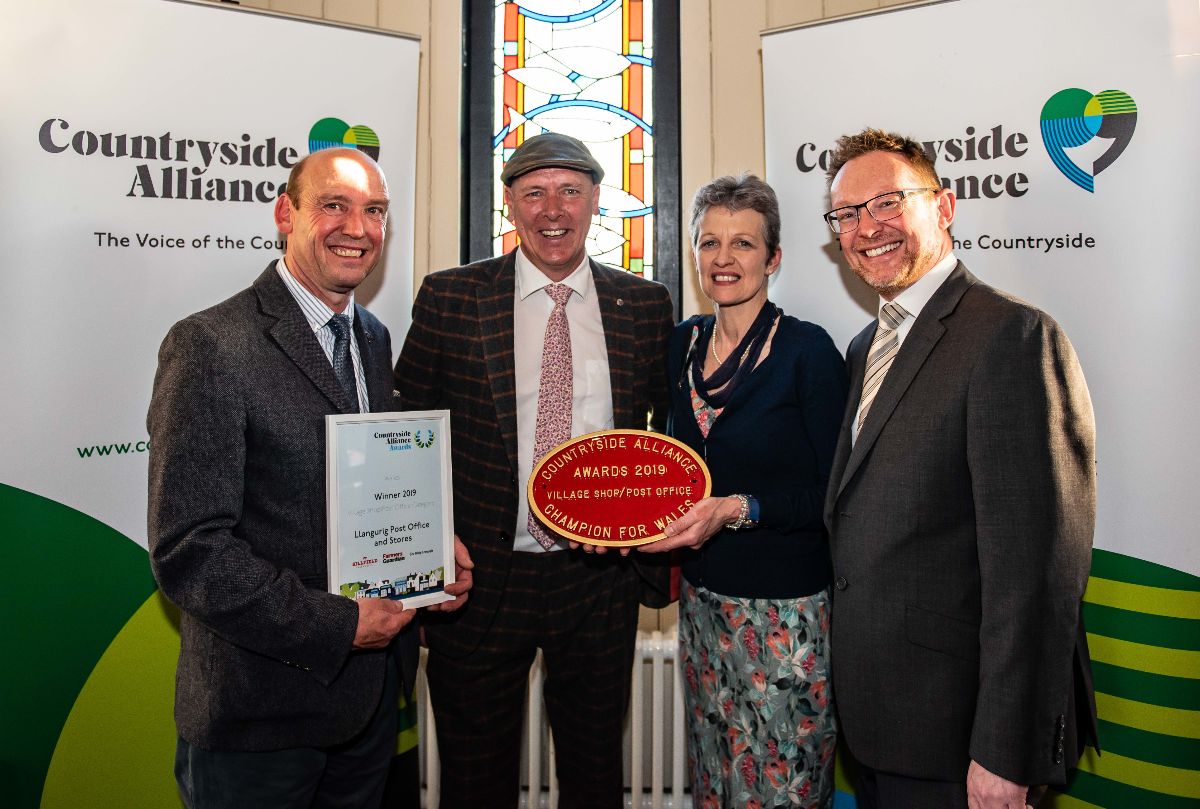 Congratulations go to Colin and Mary Davies of Llangurig Stores who have won a Countryside Alliance Award in the Village Shop & Post Office category.

The Awards, which have become known as the ‘Rural Oscars’, are now in their 14th year.

Both Colin and Mary have worked so hard to support Llangurig and the wider community for over two decades so this recognition is much deserved.

So many people seek their advice and they are the first port of call for residents, holiday makers and general passers-by.

The shop is bursting with essentials and local crafts, serving not only the people of Llangurig but also providing an outreach service to the villages of Llandinam and work in a post office partnership advising on the running of the post office at Berriew stores.

It's so important to honour people who serve their communities and I'm grateful to the Countryside Alliance for running the awards. Colin and Mary Davies will now join the other "Champions for Wales" at the British finals, to be held at the House of Lords on Wednesday 19th June. 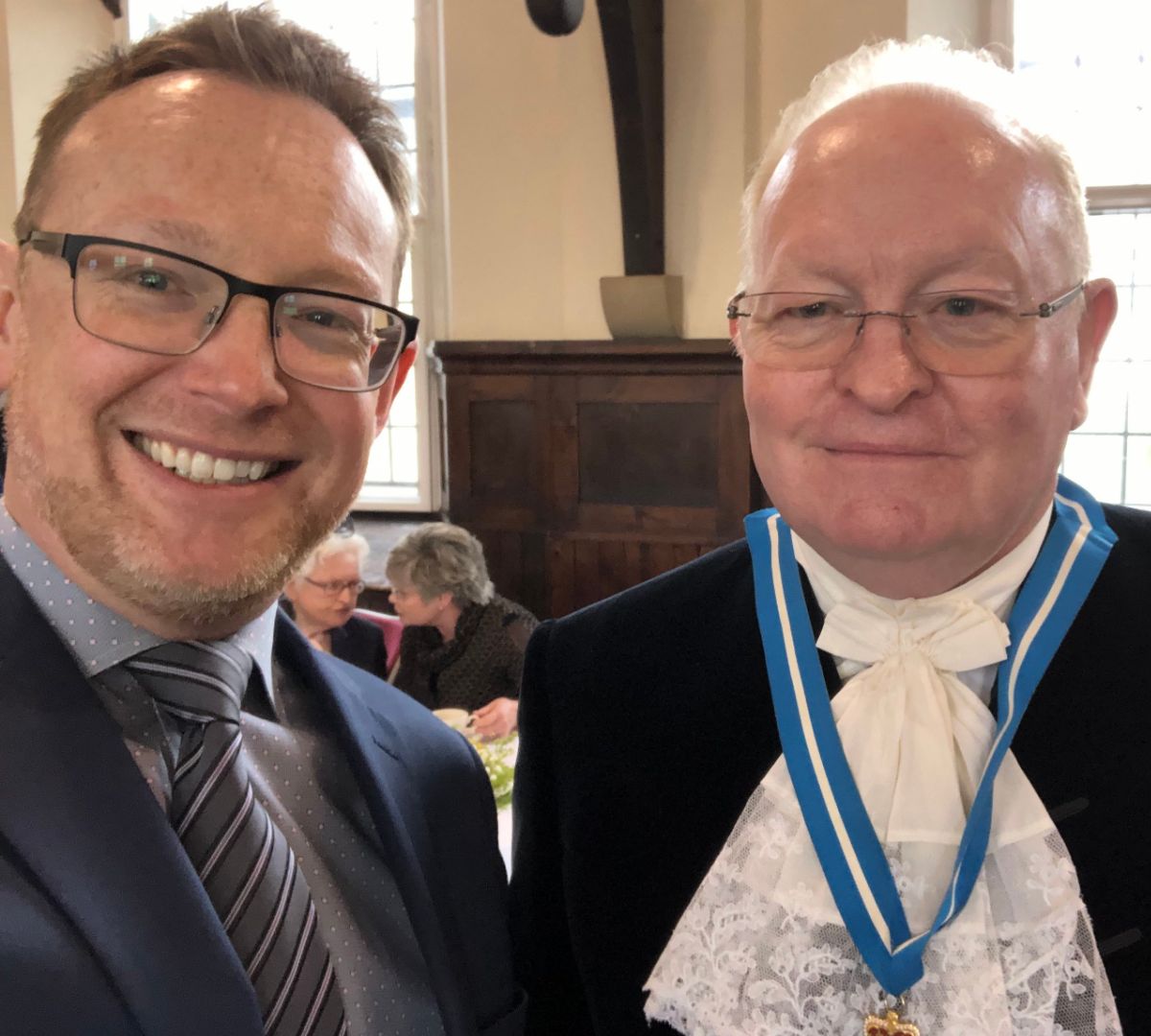 I would like to pass on my best wishes to David Lloyd Peate (pictured with me above) who has become the High Sheriff of Powys in a declaration ceremony that took place at St Mary’s Church, Llanfair Caereinion last month.

The High Sheriff used to have extensive powers, they judged cases, and pretty much ruled the Shire on behalf of the King or Queen!

Today, the unpaid role is a royal appointment for one year, supporting royal and judiciary events, give active support and encouragement to the Police and other services. Recent High Sheriffs of Powys have also used there role to support voluntary organisations.

The new High Sheriff of Powys, David Lloyd Peate, announced during the ceremony that he will be particularly supporting Montgomeryshire Family Crisis Centre based in Newtown, and The Wales Air Ambulance service.