Please find below my latest newsletter and I hope that you are having a good summer.

As always, if you would like to contact me or meet me to discuss any issue or concern in more detail, please do not hesitate to contact me either by calling my office on 01686 610887 or emailing me at russell.george@assembly.wales 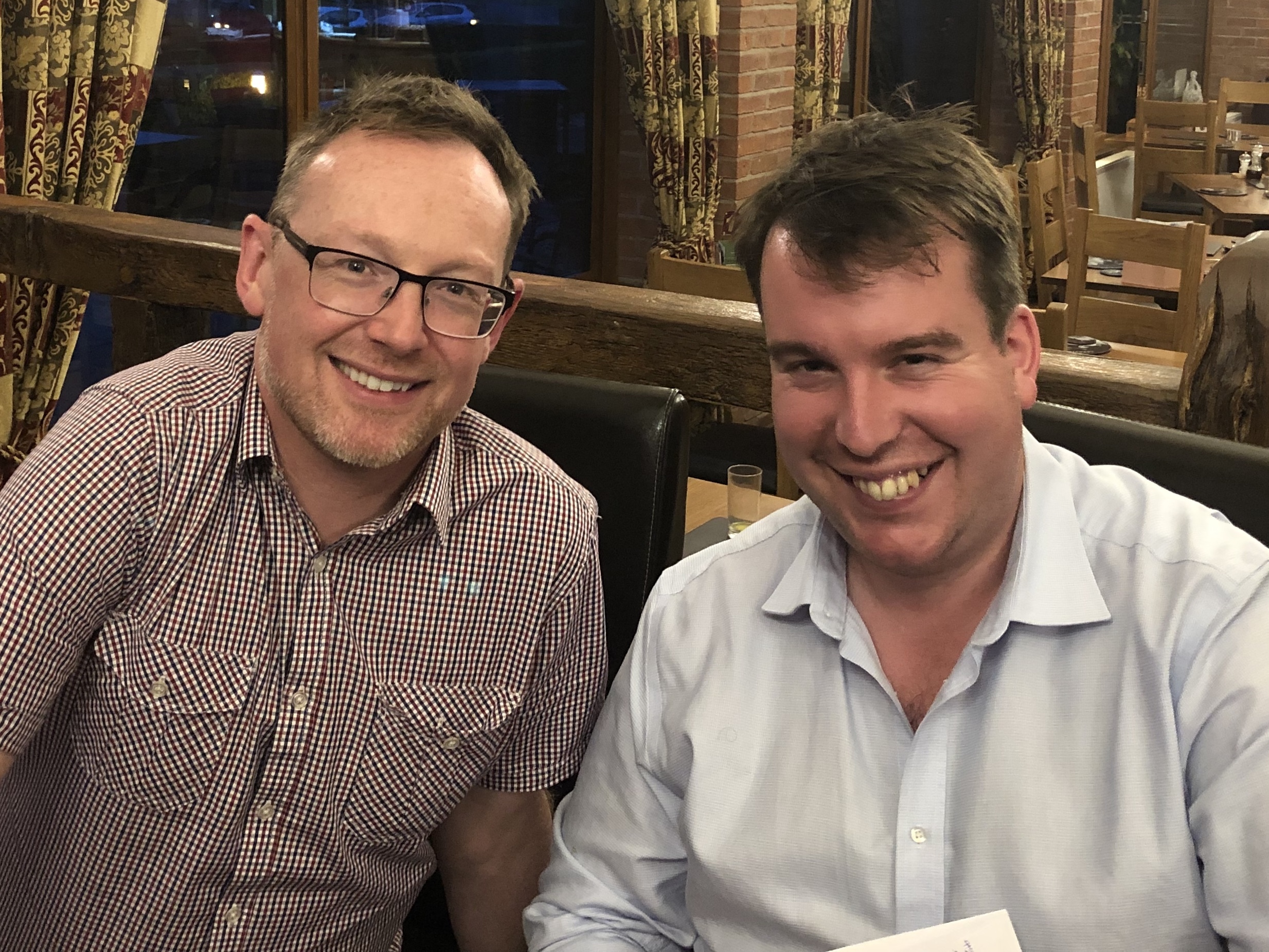 It would be remiss of me not to refer to the major political changes both locally and nationally. Nationally, my own Party have selected a new Leader and Prime Minister in Boris Johnson. Locally, we have also been going through a process to select the Prospective Welsh Conservative Member of Parliament for Montgomeryshire following my friend and colleague, Glyn Davies', announcement that does not intend to seek re-election in 2022 or whenever the next General Election takes place.

It has been a great honour and privilege working alongside Glyn as Montgomeryshire's Member of Parliament over the best part of a decade. Among his many achievements as an MP, he has fought to ensure that robust A&E services remain at Shrewsbury and I'm particularly pleased to have worked with him on a range of healthcare issues and the other challenges which are unique to a relatively rural area like Montgomeryshire. Glyn has also played a major role in promoting and protecting Wales’ interests through his work as a Parliamentary Private Secretary to two Secretaries of State for Wales.

Glyn has clearly been more heavily involved in all matters surrounding Brexit, and if I don't get a chance to speak to Glyn for a few days, I can be sure of receiving an update on all matters Brexit via his Facebook page and the regular updates which Glyn provides.

Delivering on the referendum result and leaving the European Union in just three months' time will be the main immediate challenge for Boris Johnson as our next Prime Minister and one of the reasons why, after my preferred candidate (Michael Gove) was eliminated from the race, I backed him as I feel that he has the necessary dynamism and outlook to get this process over the line so that the whole country can move on and deal with the many other issues which are largely being overshadowed by the Brexit process which has rumbled on for far too long.

He has a strong record of leadership as the Mayor of London and while we will witness a very different style of leadership from that of recent Prime Ministers such as Theresa May and David Cameron, I also believe that he is best placed to engage with the public (after this divisive Brexit process); set out an optimistic, and modern vision for the UK; and win an election for the Conservative Party to secure the country's future economic prosperity and security.

I hope that Craig Williams (pictured with me above), who has been selected from a strong range of candidates as the Prospective Welsh Conservative MP for Montgomeryshire at a special general meeting of the Montgomeryshire Conservative Association, will be elected as our next MP and follow in Glyn's footsteps in ensuring that Montgomeryshire has a strong voice in Westminster.

I have known Craig for many years, and as a local person, who was raised and went to school in Montgomeryshire, who lives here and raises his own children here, Craig firmly understands the needs and concerns of our local area, and I’m looking forward to campaigning with Craig on the issues that matter to the people of Mid Wales. 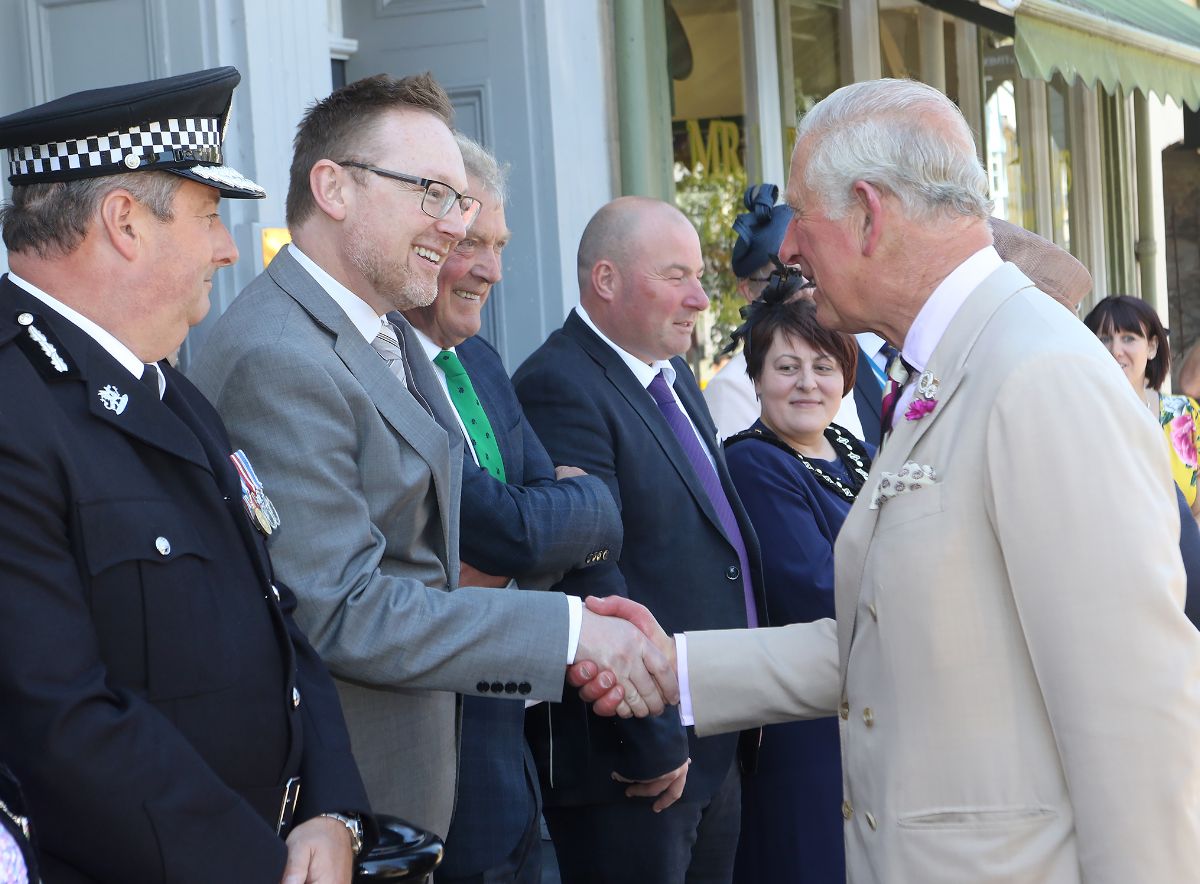 On 5th July, I was delighted to accept the invitation from the Lord Lieutenant of Powys, Mrs Tia Jones in welcoming HRH Prince Charles to Machynlleth to mark the 50th anniversary of his investiture at the conclusion of His Royal Highness' Annual Summer Tour of Wales.

Such a high profile visit from the heir to the throne is fantastic for the town of Machynlleth especially given His Royal Highness' support for so many charities and organisations throughout Wales and I was particularly pleased he took time out to speak to representatives from local good causes at Y Plas.

We all enjoyed the music from the brass band and the traditional Welsh singing which was provided by school children of Ysgol Carno, Ysgol Llanbrynmair and Ysgol Glantwymyn.

All in all a memorable occasion for the people and children of Machynlleth and we look forward to welcoming Prince Charles back to Montgomeryshire in the near future. 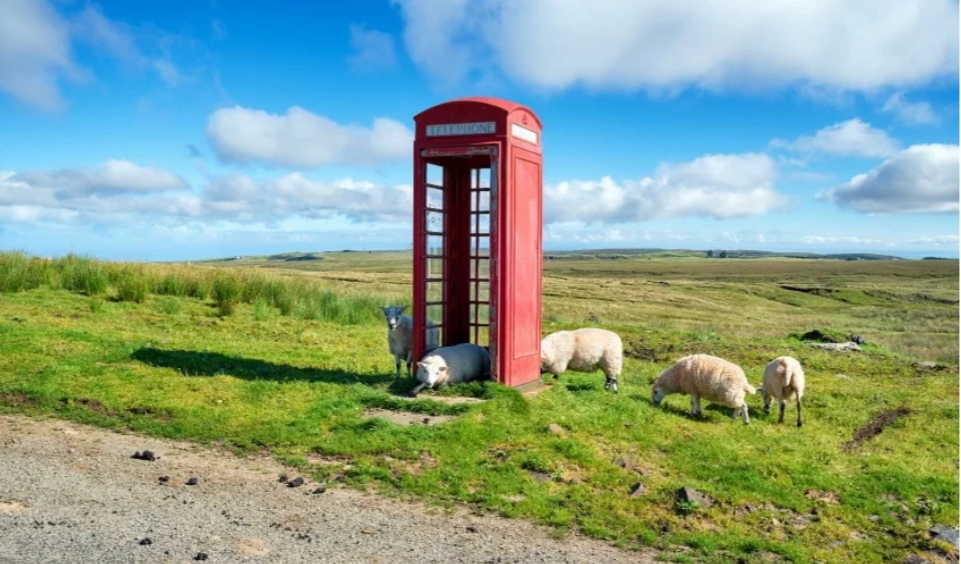 BT has announced the potential closure of public telephone boxes across Montgomeryshire and Powys County Council are conducting a consultation. As a number of people have raised concerns with me, I would like to update you as to how people should comment or raise concerns for relevant payphone sites. Comments can be sent to alan.davies2@powys.gov.uk by no later than Wednesday 21st August 2019.

A map showing the approximate site locations together with further information is available at:

For guidance regarding grounds for objection and the process involved please look at the following link:

I have also sought BT's view on the rationale for removing public payphones and they have informed me that they only consider removal if there is low customer demand (i.e. the cost of maintenance exceeds usage). Even if that’s the case, a range of other criteria come into play (see the diagram above).

BT has said that if there is no mobile coverage in the locality, a payphone is unlikely to be included in any wider plans for removal. They tell me that the same is true if it’s around an accident blackspot. Any that are used regularly for emergency calls are also unlikely to be removed. Finally, if there is not another payphone within 400m, they would publicly consult before removal, giving the local community a chance to make their views known. 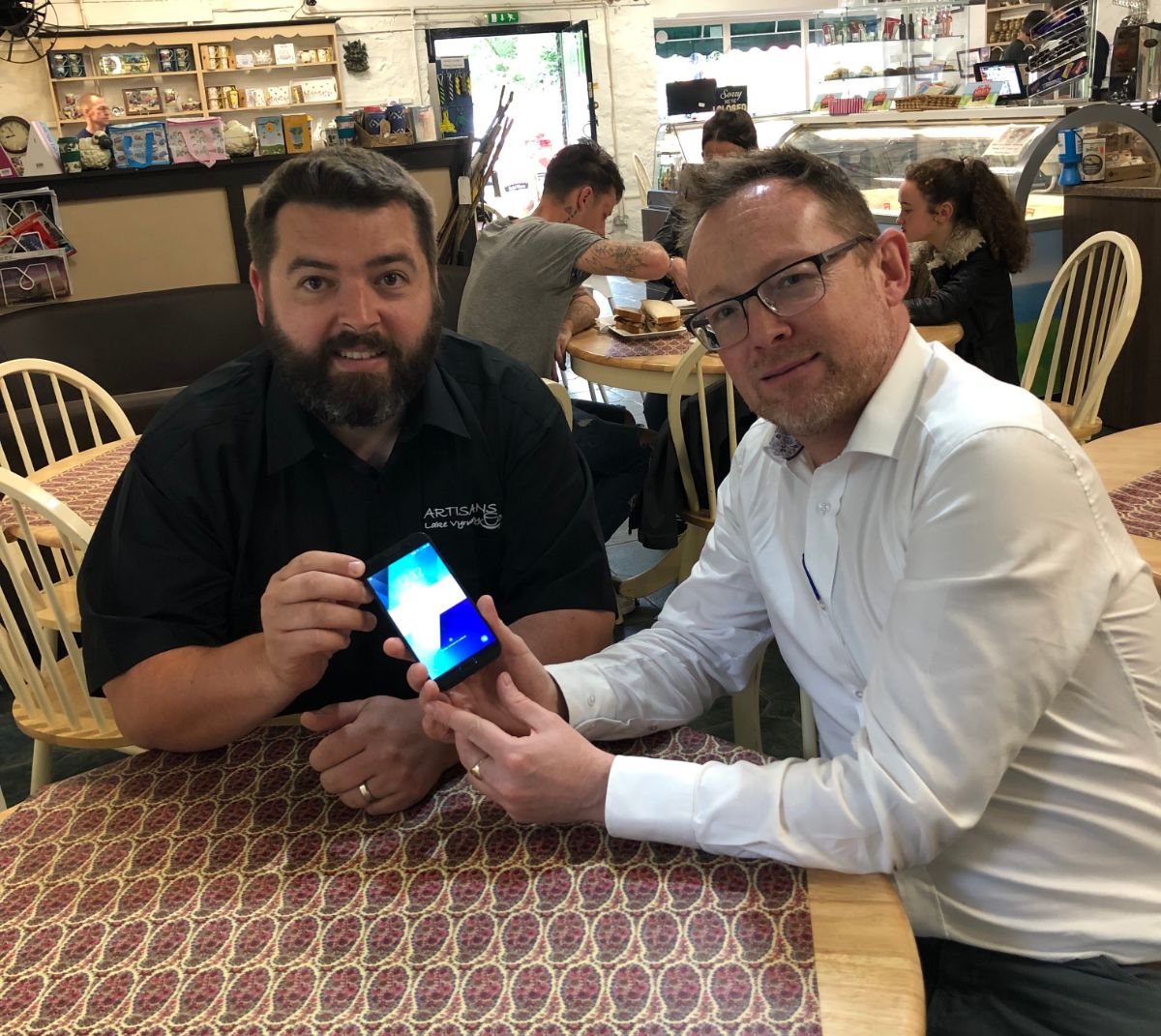 I recently conducted an online survey about mobile coverage in Montgomeryshire and I'm grateful to those who took part. 45% of respondents said that they were EE customers and 15% said thay were Vodafone customers with other providers making up the remainder but coverage both at home and "on the move" was generally poor with 53% of respondents complaining of very poor or non-existent coverage in their area and only 15% confirming that their mobile signal was excellent or good.

I recently met with Cllr. Phil Graham, Chair of Llanwddyn Community Council to discuss the ongoing mobile coverage in the area around Lake Vyrnwy and I'm pleased to say that there should be an improvement following the Home Office's appointment of EE (part of BT Group) to deliver the Emergency Services Network. While they haven’t been able to give an activation date, I am told the actual physical build of the new masts is now largely complete and they are in the process of installing the equipment that will make the new sites live.

If a service can be made commercially available, EE will ensure that this is available on a wholesale basis to all mobile network operators so it is hoped that new masts in Montgomeryshire will benefit residents as well as provide an essential communications network to the emergency services.

However, each site has to be assessed on a case by case basis as to whether it can provide a commercial service over and above services to the emergency services. One of the primary determinants of that is nature of the link from the site back to the main core telecommunications network. This could be dependent on whether the site is scheduled to be linked to the core network via satellite, as opposed to a physical fibre or another link. Satellite does not rule out a commercial service being offered from it, but it does make it less likely.

EE are in the process of producing briefing packs that show where every ESN site is and what the current and potentially future 4G coverage is projected to be. I will keep residents informed when the information is made public.

Many will be very aware of the threats to our environment and we can’t escape the constant reporting on this subject in the media. But how many of us have a clear idea of how we could or should adjust and adapt our lifestyles to make a tangible and practical difference?

On Thursday 26th September, I am sponsoring and supporting an event in Newtown at the Elephant & Castle Hotel where there will be an opportunity to consider this question. Instead of having a panel of specialists, there will be half a dozen ordinary people presenting the challenges as they see them in their everyday lives and professions. We will hear from the likes of a teacher, a farmer, a medic, a learner, an OAP and a younger person.

Rather than a debate, it will be more of a discussion. Having heard the panel’s testimony the audience will be able to put forward their constructive ideas and suggestions about new directions to explore. There will also be policy makers at the meeting to listen to the points being made. If you are interested in attending this event, please let me know and I can add you to the list to receive further information. 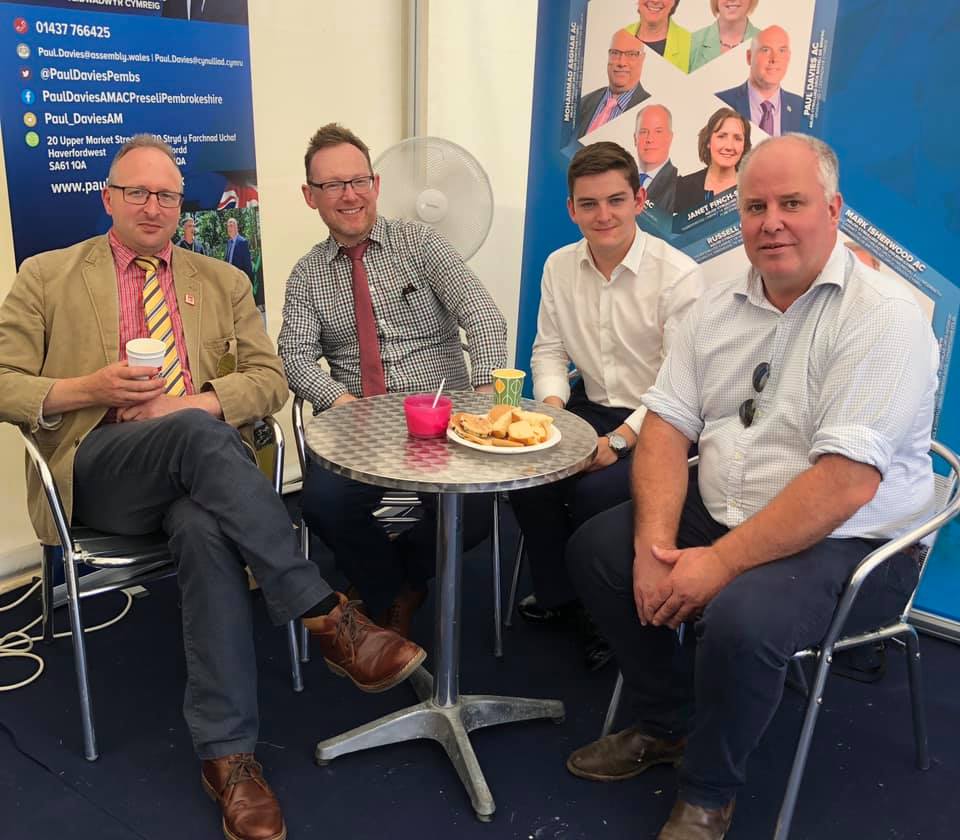 I had discussions at the Welsh Conservative stand at the Royal Welsh Show on rural affairs with representatives from the FUW, Andrew RT Davies AM, our rural affairs spokesperson, and our youth shadow cabinet member, Rhys Gittins.

Discussion focused on the current ‘Sustainable Farming and Our Land’ consultation, which comes to a close at the end of October and we also discussed proposals such as future support; the desire of pursuing a single Sustainable Farming Scheme which would be linked to a Sustainable Farming Payment; farmers delivering Public Goods; and the possibility of capping and tapering payments.

It was great to attend Dolfor and Trefeglwys shows this weekend, and Churchstoke fun day on Sunday. I look forward to attending Guilsfield, Llangurig, Carno and Llanbrynmair Shows. 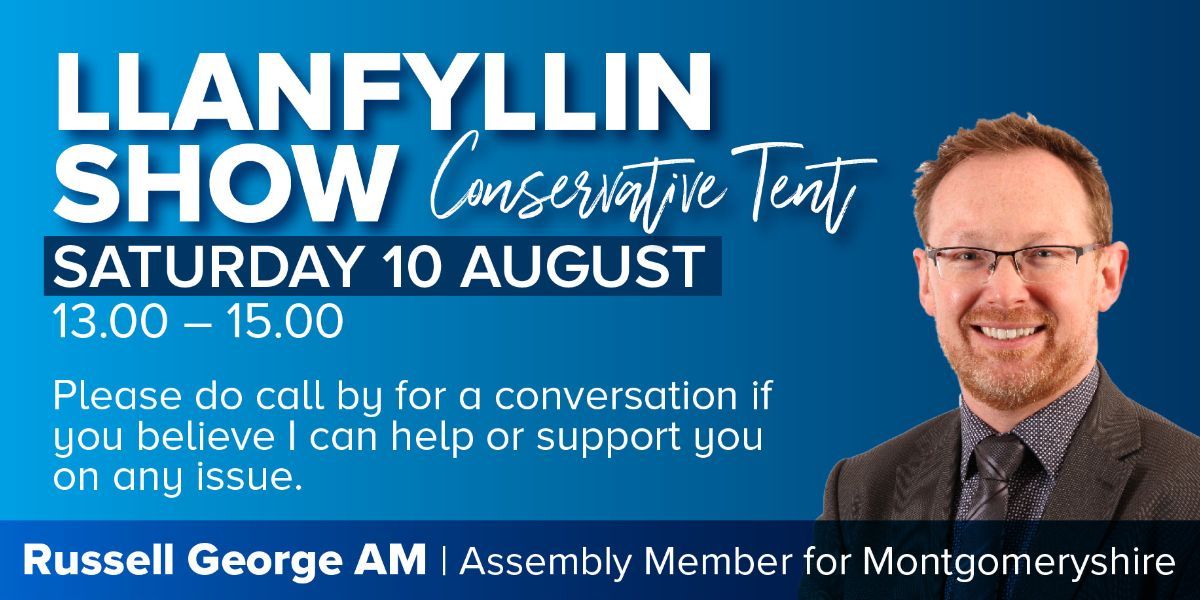 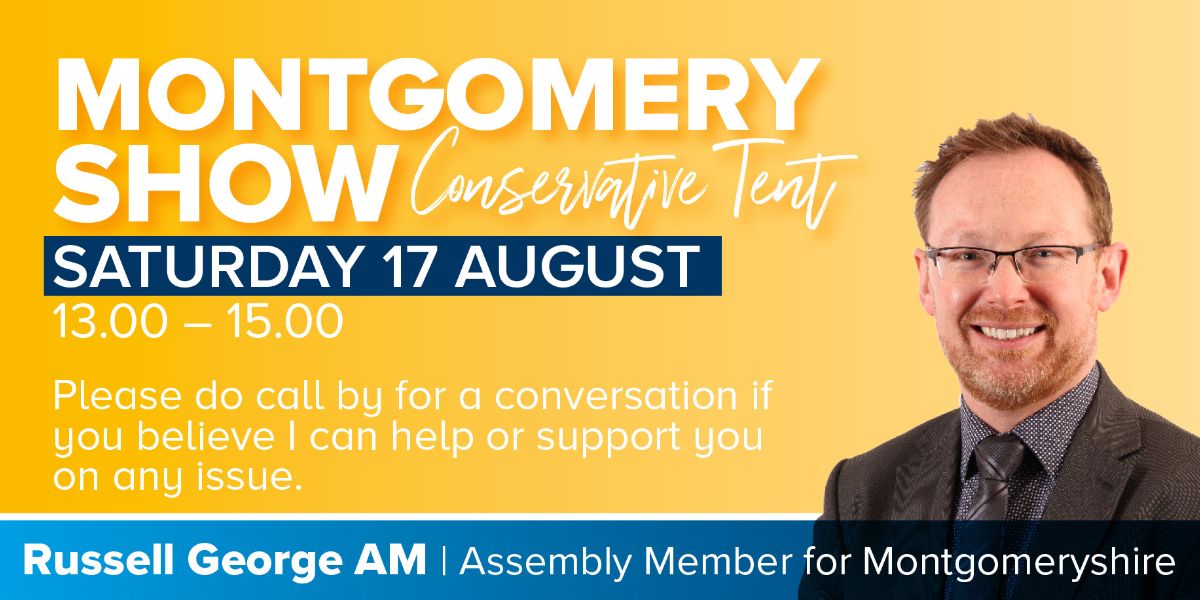 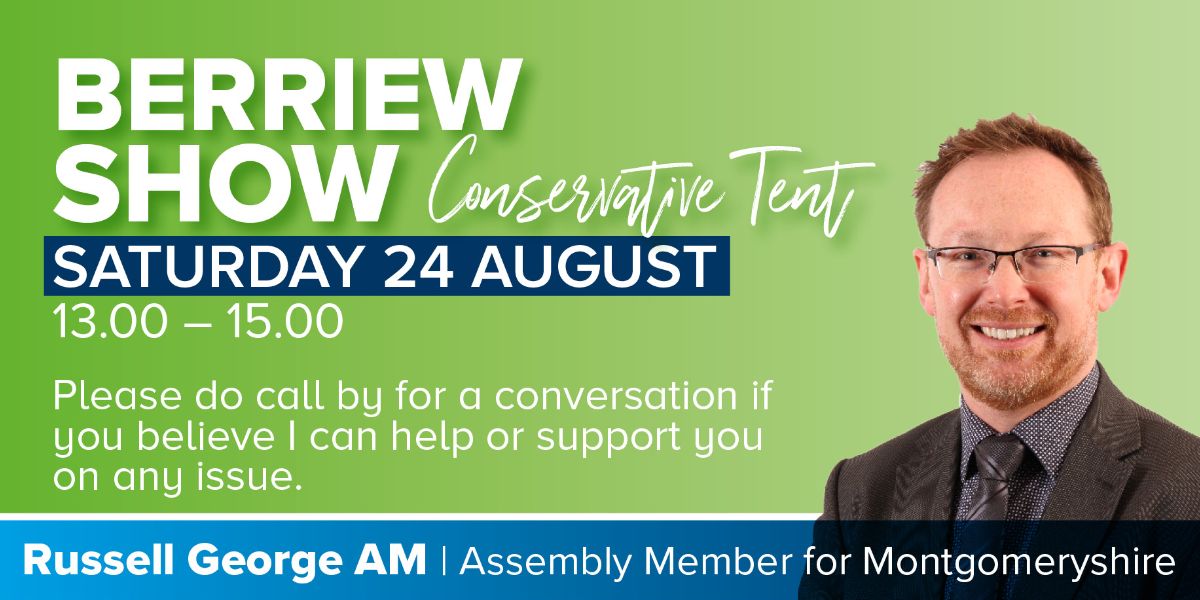 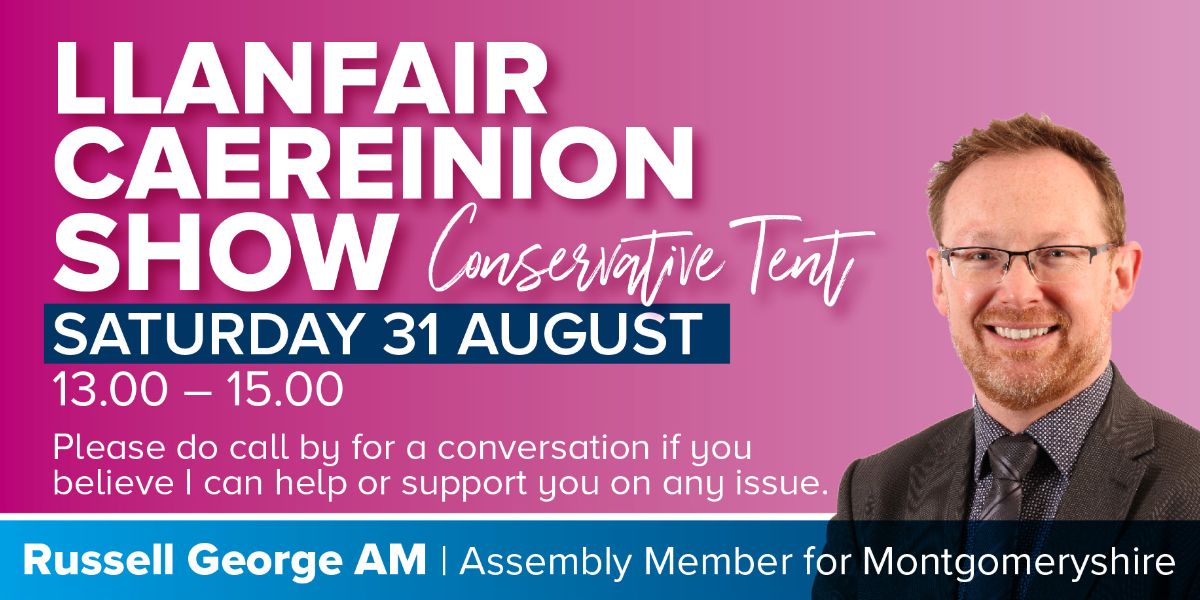 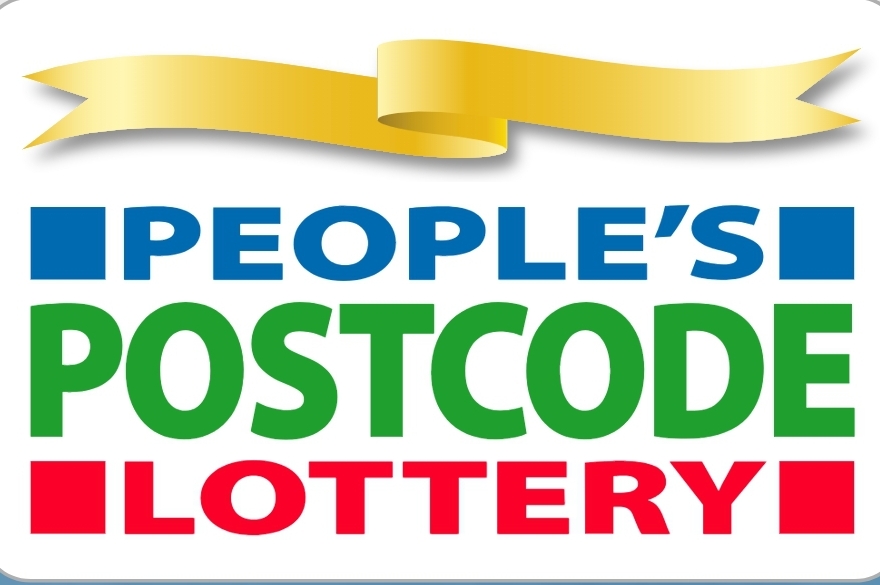 Are you a member or representative of a local charity or community group in need of funding for your project?

If so, the People's Postcode Lottery would like to hear from you.

You can apply for grants of between £500 and £20,000 from three different trusts and each trust supports projects focussed on different themes:

1) human rights, combatting discrimination and poverty prevention;
2) improving the health and wellbeing of communities;
3) improving outdoor space and increasing access to it.

For more information, to view the funding guides and to apply please visit the trusts’ websites directly:

In addition to my visit to some of the shows around the county, I will be in the following areas, and available to meet with people. Please contact me if you would like to meet by phoning 01686 610887 or emailing russell.george@assembly.wales