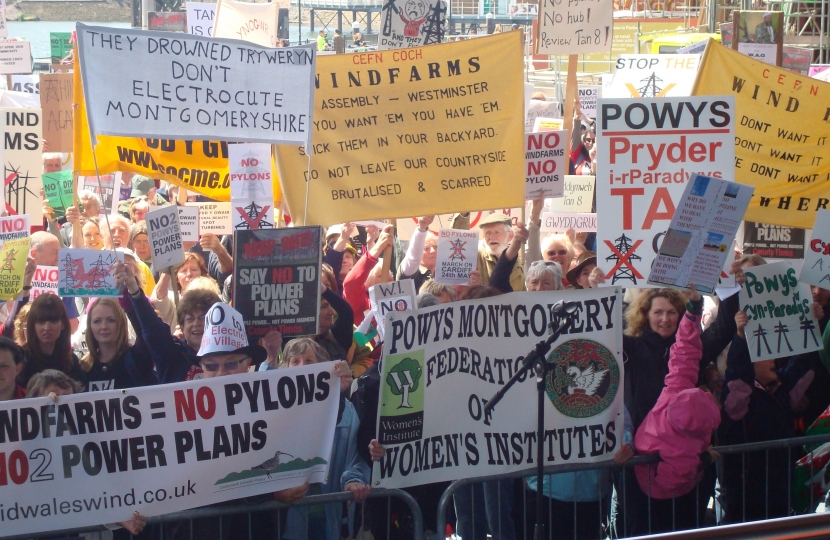 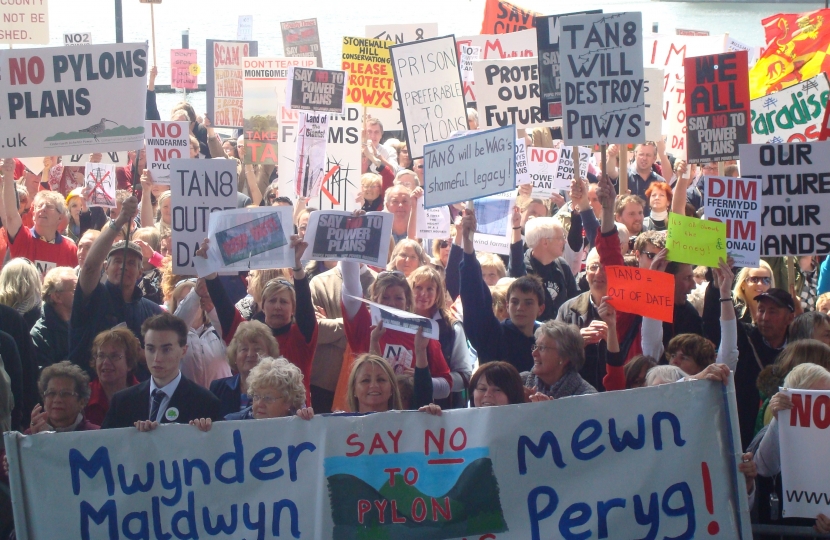 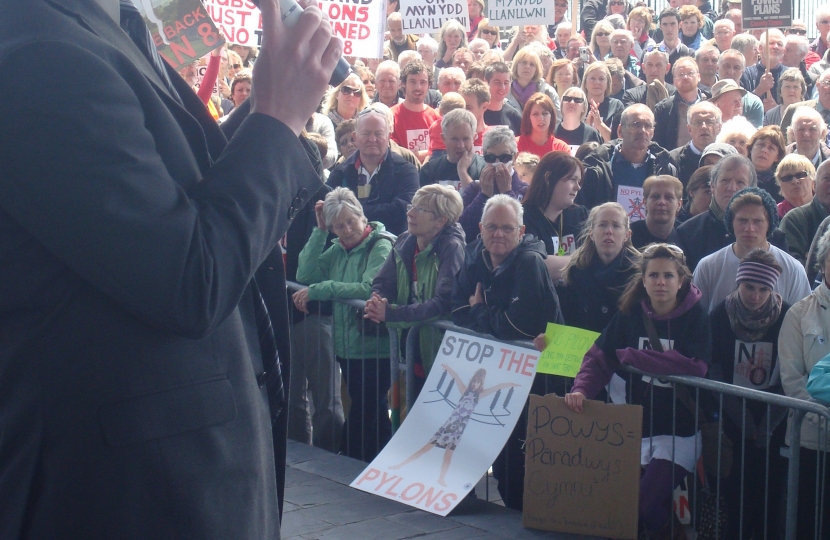 As the National Assembly goes into recess for the summer, it has given me the opportunity to take stock on what has been a rapid yet fascinating, 10 weeks.

While the campaign to prevent the Mid-Wales connection project going ahead has been one of the most high profile cases in my in-tray, I have been questioning Ministers and debating a wide range of issues on your behalf.

Newtown traffic issues continue to be a source of frustration. I have questioned the Welsh Government on this issue on a number of occasions and have recently written to the Transport Minister asking for a clear timeline from now until the bypass is finally completed. I have also been pressing them on their previous commitment to give serious consideration into restoring the Kerry Road roundabout. I believe pinning the Government down to an exact work schedule will prove to the people of Mid-Wales that they are still seriously committed to solving this problem that affects so many people.

One of the most disappointing issues that has emerged in the past couple of weeks is the Welsh Government’s announcement that it is radically changing its school building programme – 21st Century Schools. They have told local authorities to go back to the drawing board in relation to how many schools can be renewed and refurbished over the next few years. This has certainly created uncertainty for many schools, pupils and parents in Powys. What has annoyed me is how the Government has handled this issue. Questions were raised about the affordability of the programme last year but they still allowed local authorities to submit their plans. There is also a reluctance to look at other ways beyond public money to fund building development. It is time that a creative approach to funding school building is adopted in order to provide the best quality schools for our children – that means working innovatively with both the private and voluntary sectors to find practical solutions.

One of the most positive pieces of news in the last few weeks was the Welsh Government’s announcement that it intends to expand its broadband improvement scheme. As an opposition, Welsh Conservatives have been critical of the Government for a number of years for not tackling broadband connectivity in rural Wales. The lack of fast internet connection or no connection at all – or ‘not spots’ – have severely hampered economic growth, restricted IT usage in our schools and has slowed technological development in a number of sectors, including farming. It is vitally important that all Mid Wales communities have access to high speed broadband as soon as possible.

So in the short period of time since that I have been the Assembly Member for Montgomeryshire what I have I learned? Two key things:

I have learned that it can be difficult getting direct answers from the Welsh Government; and

I have learned that the persistence of ‘people power’ can really make a difference in changing the policies and mind-set of Governments.