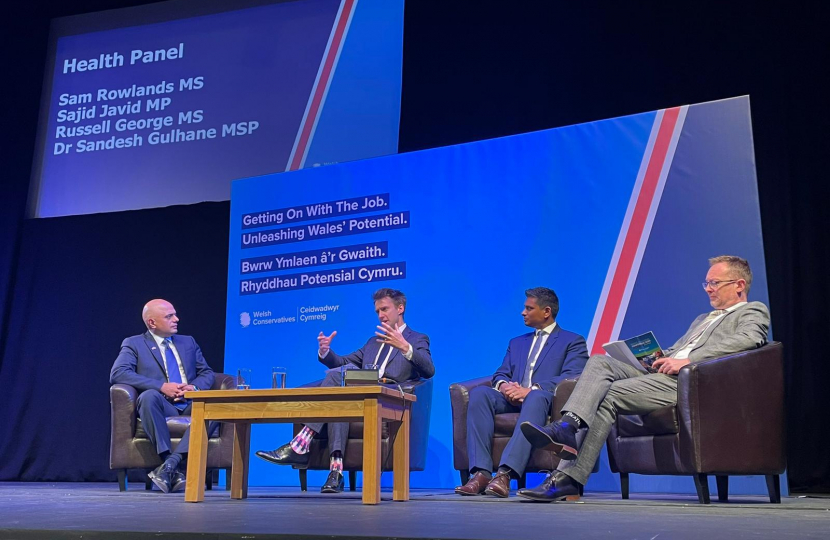 The meeting comes following many years of discussion on the future of Shrewsbury and Telford hospitals, and on the Future Fit programme which was set up to examine the future of hospital services for people in Shropshire, Telford & Wrekin and mid Wales.

The Future Fit programme has been working through various scrutiny processes by NHS England and the UK Government.

''Clearly investment in hospital services in Wales is a matter for the Welsh Government, and I have been active in taking up a new hospital to provide services for people living in North Powys with the First minister of Wales.''

''However, I was pleased to have the opportunity, along with Craig Williams MP to have a conversation with the UK Health Secretary about investment into health services in Shropshire''.

''So many people across Mid Wales rely on specialist and emergency services across the border. The Future Fit programme has moved frustratingly slowly, and I raised this point with Sajid Javid, and I also made the point that this investment into Shrewsbury hospital will provide crucial support to the people of Montgomeryshire.''

''Whilst the UK Health Minister was understandably not in position to make any announcement, I believe he went away with a clear view from us that the future fit programme needs to move forward and a realisation of the impact it will have well beyond Shopshire as a cross-border hospital.''

Secretary of State Sajid Javid MP also joined the shadow ministers for health in Wales and Scotland, Russell George MS and Sandesh Gulhane MSP at the Welsh Conservatives party conference which was held in Newtown.

Mr Javid opened the session with a short speech where he highlighted how the Conservative Government’s actions during the pandemic, including the procurement of vaccinations, meant the UK was the first country in the world to return freedoms to its citizens.

During the panel's discussions, Russell George stressed the need to support GPs so there is better access to them, which will relieve pressures on A&E departments which recently recorded their worst-ever waits in Wales.