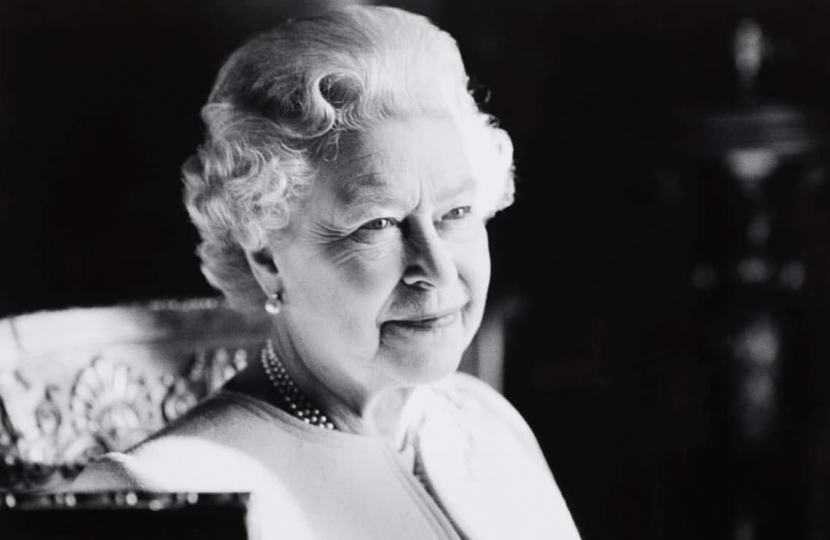 Senedd members were recalled to the Welsh Parliament in order to offer their condolence to Queen Elizabeth II.

The Senedd was recalled on Sunday 11th September,  to carry out a motion of condolence in honour of the former monarch who died on Thursday. Earlier that day, Members of the Senedd had attended a ceremony at Cardiff Castle where Charles III was proclaimed King.

Tributes were given by the First Minister and other party leaders. Among those to also speak was Russell George MS who talked about how he remembers seeing the Queen for the first time on 11th July 1986, as a 12-year-old, when the Queen undertook a tour of Montgomeryshire. On this day the Queen visited Machynlleth, Llanidloes, Newtown, Montgomery, Berriew and Welshpool.

Mr George also passed on his condolences to King Charles III and to members of the Royal Family on behalf of the people of Montgomeryshire.

'I was pleased to have had the opportunity to pay tribute to our late Queen and to talk about what she meant to the people of Montgomeryshire.

In 1986, when I saw the Queen for the first time, I can remember the many smiling faces of people who had the chance to see the Queen, but I can also remember the smiling face of Her Majesty as she took the time to meet and speak to people.

During my tribute I wanted to mention how the Queen put people at ease when they were meeting her by showing interest in their lives but above all, by having an infectious smile upon her face.

I also spoke about the Queens sense of humour, the Queen took her role as the Monarch very seriously, but we also saw her perform alongside James Bond and Paddington Bear. The Queen was somebody who was serious when she had to be but was also somebody who was fun and humorous when it was appropriate.'