Mid Wales has the opportunity to become a global tourist attraction 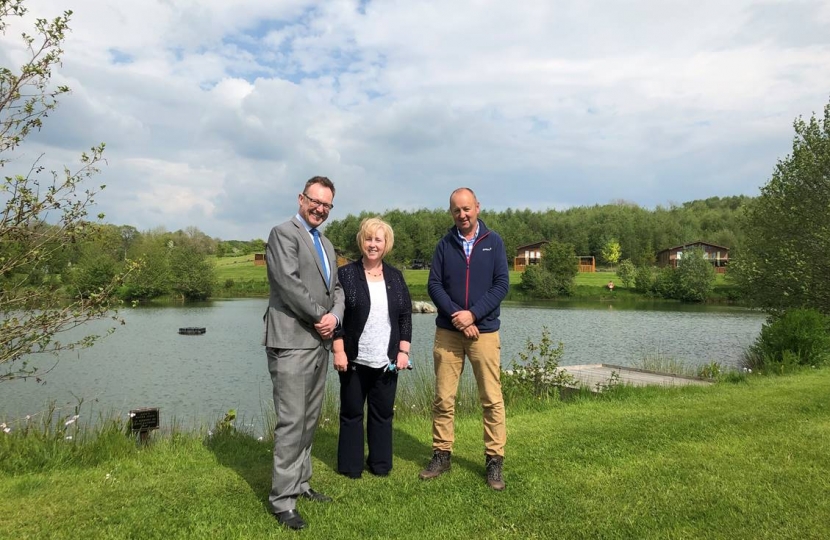 Mid Wales has the potential to be one of the main tourism hubs of the world and has fantastic assets that can place it apart from other countries, according to Montgomeryshire Assembly Member, Russell George.

On a visit to Abermule Caravan Park and Dolgead Hall Caravan and Lodge Park to celebrate Wales Tourism Week, 11th - 19th May, the Assembly Member for Montgomeryshire, Russell George AM and Suzy Davies AM, Chair of the National Assembly for Wales’ Cross Party Group on Tourism called for the Welsh Government to rule out plans to introduce a tourism tax in Wales.

Smithy Park at Abermule has consistently graded 5 stars by Visit Wales and holding a host of environmental awards, Dolgead Hall provides a beautiful environment for holiday home owners to visit and invest in Mid Wales.

“Tourism is becoming an increasingly important part of the rural Mid Wales economy throughout the year and Wales Tourism Week is helping to highlight this. More tourists than ever before are visiting Mid Wales to see what our wonderful region has to offer.

“Tourism is a critical driver in economic development and job creation in Mid Wales and I want to see the Welsh Government do more to foster the right conditions for growth in this crucial sector for the Mid Wales economy by ensuring that the Mid Wales tourism industry is firmly plugged in to the emerging Mid Wales Growth Deal.

“That is why it is vital that a tourism tax is not introduced in Wales, whether at a Welsh Government or local authority level. Otherwise, we might as well surrender our chances of being a global tourist attraction.

“We have heard first-hand from businesses that rely on tourism – mainly small and often family-run – that such a tax would impose constraints on them and reduce their competitiveness. These entrepreneurs shouldn’t bear the brunt of politicians’ poor decisions.

“That’s why I would never support a tax on tourists – because it is Welsh businesses that will suffer.”