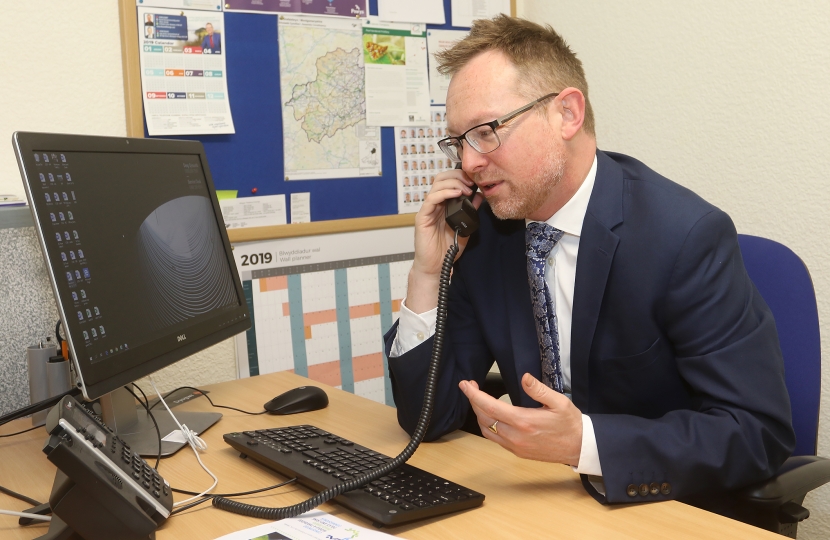 During this week’s First Ministers Questions (Tuesday 7th January) in the Welsh Parliament, a Mid Wales Assembly Member has called for all parts of Wales to benefit from the new Shared Prosperity Fund. ​

After the UK leaves the European Union, it will no longer receive structural funding (which is worth about £2.1 billion per year).​ The UK Government's proposed Shared Prosperity Fund will replace EU structural funding after Brexit.

​This funding is used for boosting several aspects of economic development, including support for businesses, employment and agriculture, and is administered by the different nations of the UK.​​

The Shadow Minister for the Economy, and Montgomeryshire AM, Russell George, said: ​​

"EU structural funds are only available to certain parts of Wales so I was keen to challenge the First Minister on whether or not he agreed with me that the new Shared Prosperity Fund provides a new opportunity to invest in parts of Wales outside of the Valleys and the west of Wales. Rural Mid Wales also needs to benefit from this new fund.​

“The UK Shared Prosperity Fund must benefit all areas of Wales and not the Labour heartlands. Mid Wales has been forgotten and is an area which now needs desperate investment.

"It is shameful that the AM for Brecon and Radnorshire Kirsty Williams supports the Welsh Labour Government. She is forgetting her own business and constituents.

"It is about time Kirsty and the Liberal Democrats stand aside and let Brecon and Radnorshire be championed by someone who will represent our area. All Kirsty Williams cares about is her position in the Welsh Government.”