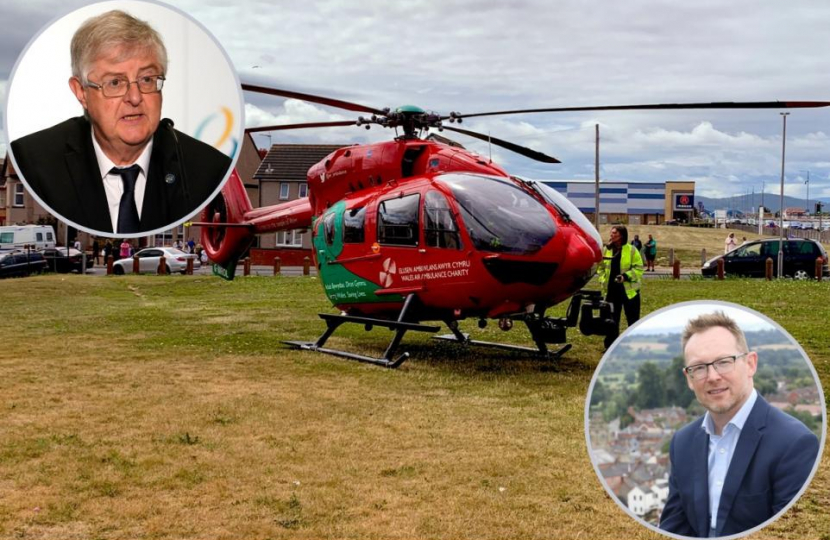 Montgomeryshire Member of the Senedd, Russell George, had written to the First Minister asking him to clarify confusion over data that supported the proposals to move the Wales Air Ambulance base, currently situated in Welshpool.

Mr George's letter to the First Minister came after he asked Mark Drakeford if he would release the data that supported a proposal to close the Wales Air Ambulance's Welshpool base, a move strongly opposed by Mr George and communities across Powys.

whilst the First Minister has provided various information about the current position, frustratingly he has not addressed all of my questions or offered to correct the inaccurate statement he made to me last month. The data in question belongs to the Welsh NHS, and the First Minister was incorrect to tell me and the Senedd that this data belong to the Air Ambulance Charity.

I urge the Welsh Government to be open and transparent about their involvement with the proposals.

The Wales Air Ambulance Service is a much-loved charity and one that receives great support from my constituents and people across Mid Wales, this is why communities across Powys and beyond feel so strongly that the base should remain in Welshpool