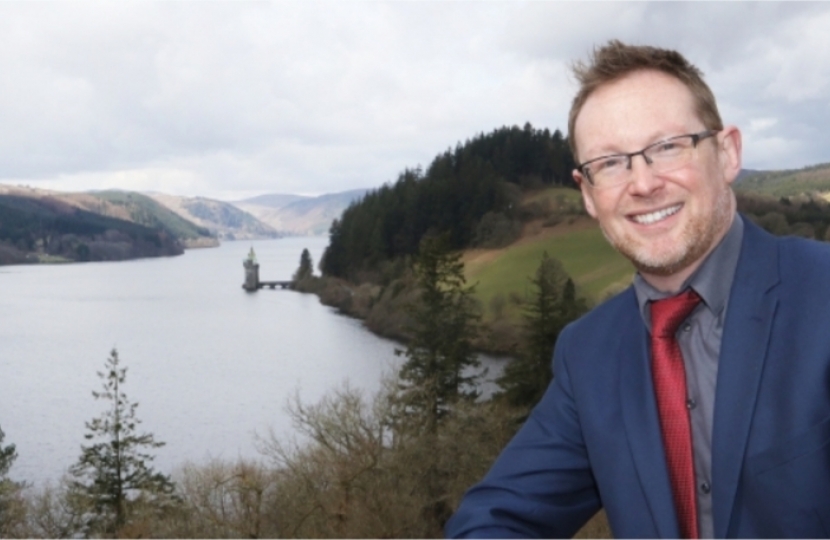 Ongoing flooding issues downstream of the Clywedog Dam and Vyrnwy Reservoir have left local landowners exasperated at the lack of action from Government agencies according to local AM, Russell George and County Councillor for Meifod, Cllr. Jonathan Wilkinson.

Vyrnwy reservoir is owned by Hafren Dyfrdwy but regulation of the releases is carried out by the Environment Agency, in agreement with Natural Resources Wales. The operation of Vyrnwy, as with Clywedog, is regulated as part of an agreement which provides operating curves and drawdown curves for certain times of the year.

The Montgomeryshire Assembly Member took the opportunity of raising the ongoing flooding issues in the Welsh Parliament this week (Wednesday 9th October) with the Welsh Government Minister for Environment, Lesley Griffiths AM.

Questioning the Minister, Mr George drew attention to the concern about the urgent need for operational arrangements and rules of the Clywedog dam and Lake Vyrnwy to be reviewed, and pointed out that both reservoirs were overflowing, the consequence of which has been downstream flooding in both areas.

"The flooding which has been caused downstream of  Clywedog and Lake Vyrnwy is preventable if only all agencies involved work together to expedite a review of the  operational arrangements and rules. This should happen at the earliest possible opportunity.

"Short term solutions will no longer suffice, I'm pleased however that the Minister has committed her officials to attending a further meeting. It’s clear that there is an appetite to review the section 20 operating agreement that is currently in place, to provide greater flood attenuation, and we need the relevant agencies to get on with these discussions with urgency."

"I'm grateful to Russell for once again raising this ongoing issue on the floor of the Senedd.

“As well as providing a supply of fresh water to the public, the dams should also be an important flood prevention tool. This seems to have been forgotten.

"It is essential that the operating rules are both changed as a matter of urgency.

"Landowners are justifiably feeling exasperated at this situation which has gone on for too many years. Welsh Government officials, Natural Resources Wales, the Environment Agency and Hafren Dyfrdwy need to step up to the plate to bring about the much-needed long term review of the operations at Lake Vyrnwy and Clywedog at the earliest possible opportunity."