Disappointment on closure of Dorothy Perkins/Burton shop in Newtown 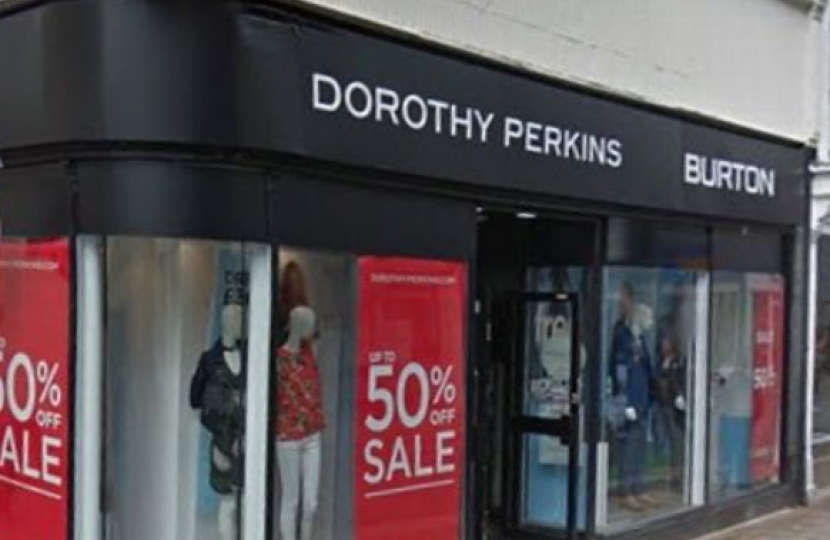 Montgomeryshire AM, Russell George, has said he is disappointed with the news that the Dorothy Perkins/ Burton shop at Bear Lanes in Newtown is to close on June 8th.

“The staff have confirmed this news to me. This is very disappointing, as the shop is a key anchor business in the town.

Following speculation that there has been a dispute between the Arcadia group and the owners of the Bear Lanes Shopping Centre, Threadneedle Pensions Limited, Mr George has requested clarification from both businesses.

“I’ve spoken to staff at the Arcadia group head office, and also the local staff at the Bear Lanes Centre. I think it’s important to try and allow both parties to provide an update if they feel they can.

“There are currently 5 units empty in the Bear Lanes Shopping Centre, and when a number of shops remain empty, it can have a negative knock on effect to other shops in the town."

“I hope this fund will be helpful for Newtown now that the bypass is open, but I do question whether this fund is sufficient given its spread over a number of towns.

"It will be important that the fund is now clearly and well-advertised. I also believe we need greater support for businesses in the town centre which are currently paying high business rates.

"If businesses can’t afford to pay high rates, they will close, and there are consequences for other business and the town centre.”