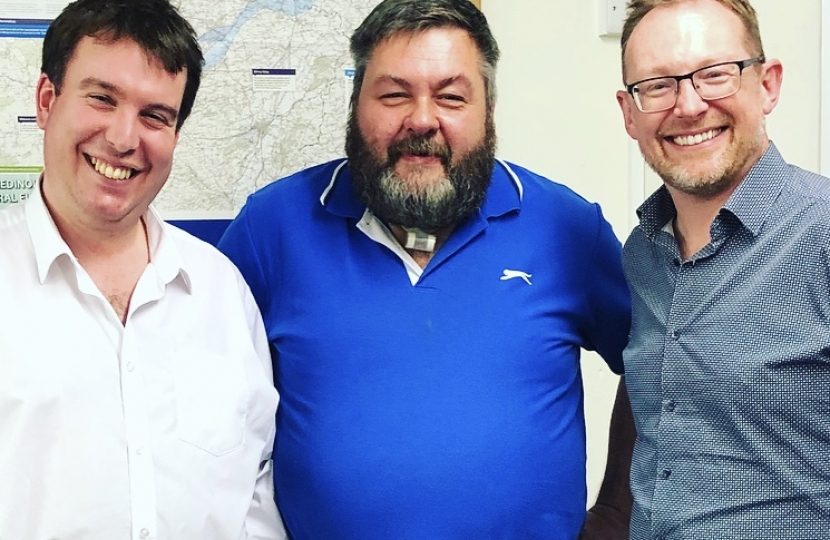 The Newtown South by-election has been won by local man, Les Skilton.

The election took place as a result of the previous County Councillor standing down.

The by-election that took place on Thursday (24th October) was contested by the Conservatives, Lib-Dems and Plaid Cymru.

Les Skilton standing for the Welsh Conservatives won the election with 134 votes.

“As someone who has lived in the ward all my life, I’m delighted to have been elected. When it comes to taking decisions, I will put Newtown first, and I intend to be a strong voice at County Hall.”

“Les will be a strong County Councillor, he is well known and liked. I was pleased to support Les, and look forward to continuing to work with him. I pay tribute to the other candidates who I know worked very hard.”

“This is a terrific win for the Montgomeryshire Conservative team. Les will be a first class Councillor and champion for Newtown. He is a very welcome member of our local conservative action team and I look forward to working with him in delivering for the whole of Montgomeryshire.”