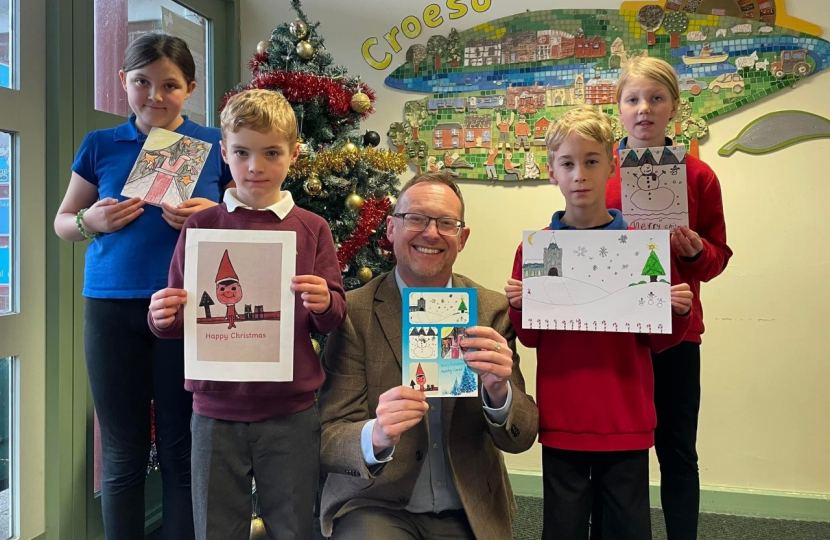 Mr George who judged the entries, said it was a very difficult selection process, and four overall winners emerged. The competition was won by Dylan Pounds, Georgie Kendall-Evans, Isaac Griffiths and Lilly Cimadoro.

The standard of entry was extremely high. A combination of four designs were chosen for Mr George's annual Christmas card.

“I would like to thank Dylan, Georgie, Isaac and Lilly for designing my Christmas card this year.''

“This is the 12th year that I have run my Christmas card competition and the standard of entries was again very high indeed, and it was very difficult to pick just one winner.''

"The four winning pictures have been printed on the front of my cards and they have now been sent out to organisations and individuals across the county.''

''I was also pleased to present the Christmas card to the Prime Minister who was impressed with the children’s designs.''