Education and Campaign for a fair School Transport Policy 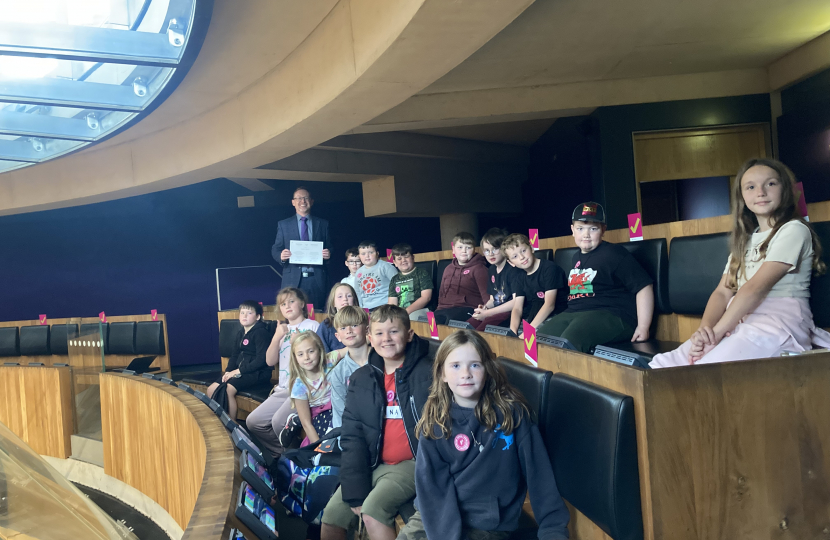 The Future of Education in Powys

Over a period of many years, Powys County Council has been reorganising education in Powys which has involved new schools being built and the closure of some schools. A new Council administration was formed in May 2022, meaning that the direction and future proposals could be reconsidered.

I understand that there could still be plans for the Council to review the Llanfyllin catchment area and that the next stage of their review could start in the Autumn of 2022.

Powys County Council will have to carry out public consultations on each of its future proposals as their plans progress. I have made the point that consultations must be genuine and that all residents’ views need to be meaningfully listened to before decisions are made, including comments from those residents who may not be able to engage through electronic/remote meetings. It is important that Powys County Council takes the time to listen to all parents and communities which may be impacted by these proposals. They must listen to the concerns raised to ensure that their proposals address the needs of all learners, including those pupils who thrive in small school settings.

For previous proposals, I have organised virtual meetings with parents from schools which have been considered for closure and I have spoken with many residents via my advice surgeries. I was pleased to have played a part in ensuring that residents’ and parents’ concerns were listened to during the consultation on the future of Churchstoke school. I visited the Churchstoke school and surrounding community, met with those concerned and made the case to the Council that the school should remain on the Churchstoke site.

I will continue to actively encourage people to engage with future consultations and as and when these arise, I will respond to the Local Authority myself based on my views, and views which have been presented to me.

As the Council’s school re-organisation proposals have progressed, I have called on the Council to ensure that their Free Home to School transport policy is fair and reasonable for our learners. Unfortunately, over the last few years, an increased number of parents have contacted my office after the Council has refused to provide free home to school transport in the first instance. When I have felt that there should be more flexibility applied by the Council, for example due to marginal distances involved, or to ensure reasonable choice of accessing education in the parent/pupil’s choice of language, or to avoid siblings being split up, I have called for the Council to re-consider their decisions and to be more open to proving free transport to a child/parents’ choice of school.

In some instances, appeals have been won by parents.However, from my perspective, there does not seem to be a consistent approach being applied by the Council. In some areas, parents have greater choice than other areas and for some individual cases, the Council has overturned its original decision but for others, with similar circumstances, they have not. Unfortunately, this means that there is a risk that children will have to go to a different school to their sibling(s) or a parent would have to travel behind a bus taking one sibling to school separately.

In terms of the influence which I am able to exert, I will continue to take up matters with the relevant political leader in order to support individual cases where I believe that the Council needs to be more flexible. I will also continue to highlight the concerns with my colleagues in the Welsh Parliament. I regularly speak with some of my County Councillor colleagues and have supported them as they bring forward a motion to Powys Council, calling for the leaders of the council to review and update the policy so that it is flexible and supports parental choice (particularly where there is no extra cost to the council). I am pleased that Councillors are keen to do this. The hope is that this motion will be voted for by the majority of the Council which, if so, would require the Cabinet to give it due consideration.