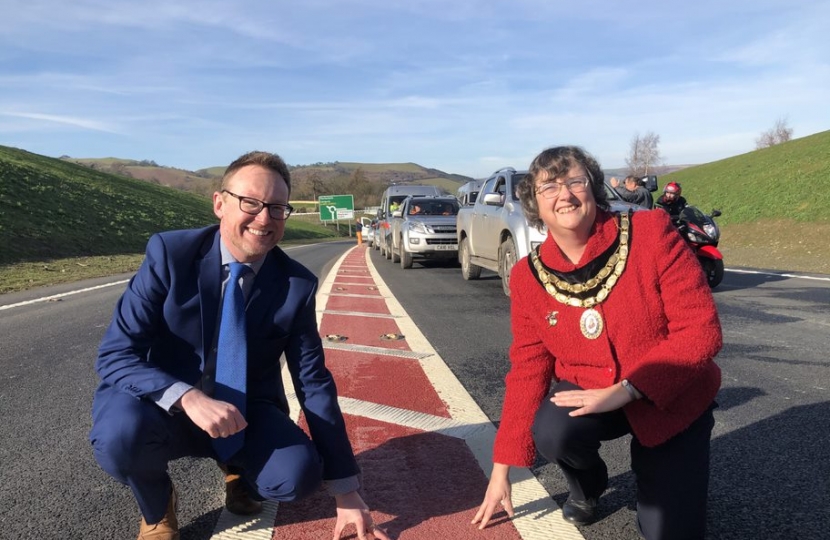 Newtown Bypass and other transport schemes

On Thursday 14th February, we saw the opening of the Newtown bypass. This was a momentous occasion for Mid Wales.

The Bypass, to the south of Newtown, is approximately 6.5 km long and extends from the A489 Llanidloes Road at Penstrowed to the west of Newtown, to the A483 Pool Road, east of Newtown.

It was over 70 years ago that the need for a bypass was first suggested. During the past 7 decades, the bypass has been on and off the agenda at various points in time.

The campaign for a Bypass began in the 1940s. In 1949, the then Montgomery County Council published an advert which called for school boys aged 16 or over to consider putting themselves forward to record the number of vehicles travelling through the town between Friday September 2nd and Sunday September 4th 1949 in an effort to assess the need for a Newtown Bypass.

We should pay tribute to the many people, especially those that are no longer with us, who have campaigned for a bypass over the past 7 decades. Around 30 people who joined me in handing in a 10,000 strong petition to the National Assembly for Wales back in March 2011, are pictured below. Sadly, we have now lost a few of these enthusiastic campaigners but their efforts are not forgotten. 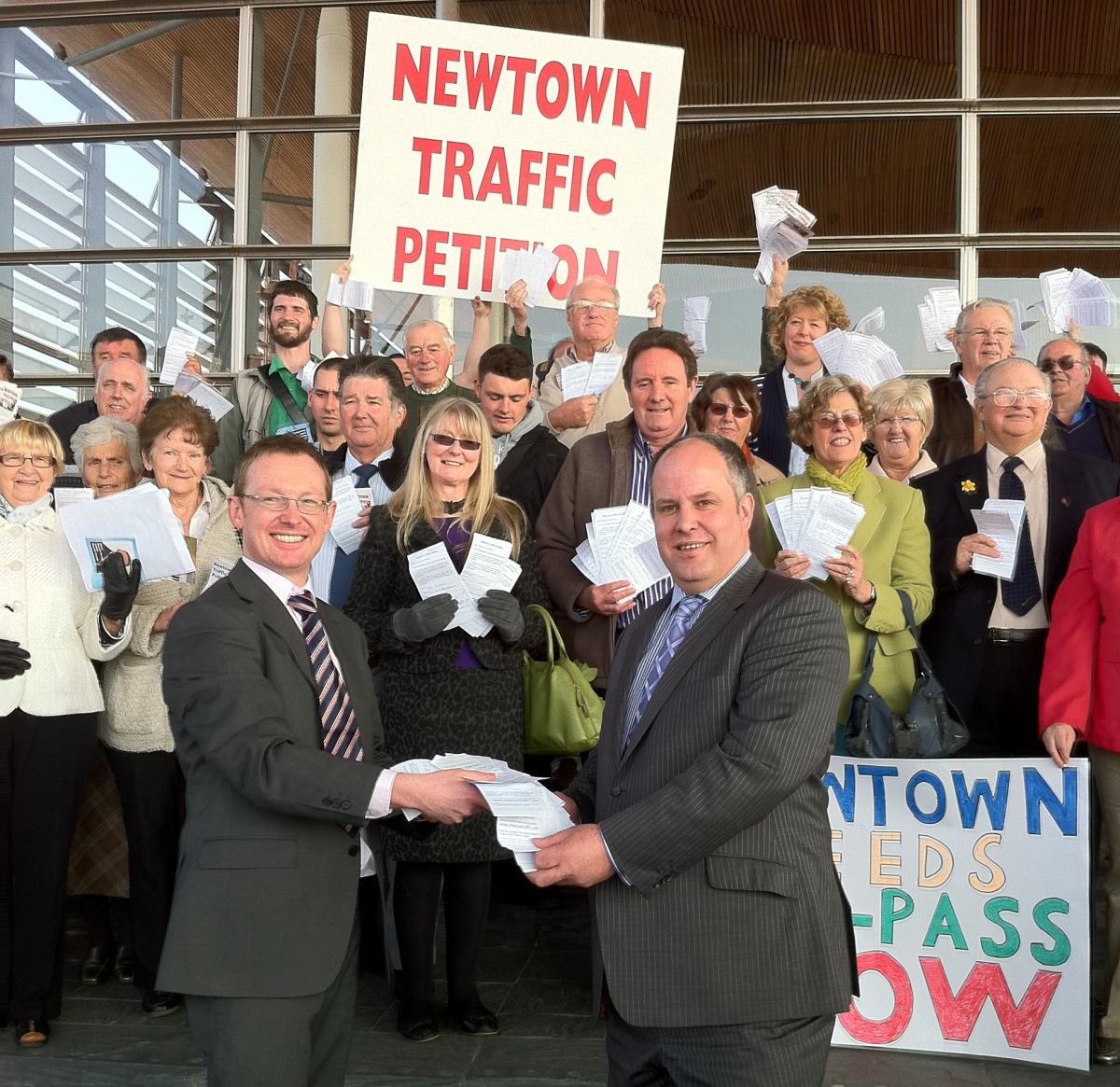 The Bypass itself includes a number of large structures, including 4 new roundabouts and 7 main bridges. For a major project like this to be completed within 3 years from start to finish is amazing in itself. There has been widespread support for this project from the community and a great interest in the construction works.

I was particularly pleased to take an interest in the development of the largest of the new structures, the bridge over the middle Dolfor Road. The picture below is of site manager Nick Cleary showing me the progress early last year. Nick explained that this bridge is a multi-span reinforced concrete structure, with two piers and two abutments. 90 metres in length and standing 20 metres tall the bridge has nine pairs of steel beams which weigh 35 tonnes each. A magnificent example of structural engineering. 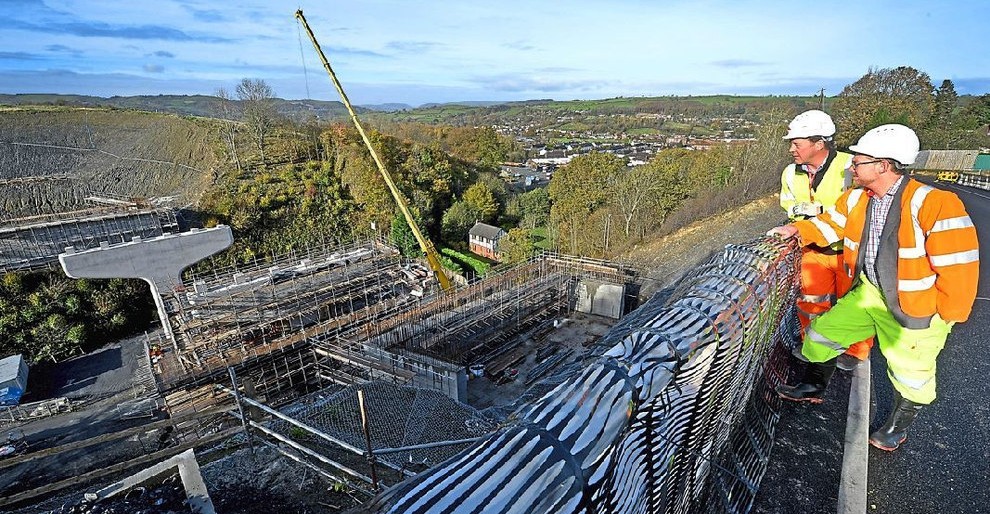 Road surfacing of the entire length has now been laid, with road markings also in place. Barriers, signs and lighting have all been installed. An incredible 6.2 km of newly planted hedgerows, approximately 89,000 plants and 200 trees have also been planted. The contractors, Alun Griffiths, should be congratulated on this incredible feat of engineering. It is an outstanding achievement for all concerned.

I’m delighted that the opening of the bypass was also an official opening with the Welsh Government Minister for Transport, Ken Skates AM, cutting the ribbon that will allow the first vehicles onto the new bypass. I should also like to pay tribute to the former Transport Minister, Edwina Hart, who was always very willing to engage with me on plans for the bypass.

It ought to be acknowledged that people who live near the new bypass and construction sites have been incredibly patient over the past 3 years and that some landowners have had to make sacrifices and give up land belonging to their families for generations in order to allow the project to proceed.

I believe that the bypass has the potential to transform the economy of towns such as Newtown, Llanidloes and Machynlleth, and I firmly believe that the Newtown Bypass will serve to resolve local traffic congestion issues, improve school safety, and improve response times of the emergency services and support tourism and the wider Mid Wales economy.

It is now essential that progress is made on a number of other road infrastructure projects, some of which have been in the pipeline for a number of years to ensure that Mid Wales has further opportunities to improve links with the Midlands, and other parts of Wales, in order to grow the economy of North Powys.

Attention now needs to turn to other much needed transport projects across the county and I hope we now see progress on a new Dyfi Bridge in Machynlleth after slow progress to date.

I also firmly believe that we now need a significant road improvement scheme to improve the road between Welshpool and Shrewsbury. The lengthy delays to the repairs on the Cefn Bridge on the A458 near Trewern clearly illustrate the importance of having good road infrastructure on one of the main arteries which links Wales and England as does the need for progress on the Pant-Llanymynech bypass.

I have also had discussions about a number of relatively small schemes, and a number of projects which could be brought forward quickly to help traffic flow and safety concerns at a number of key pinch points. These include the potential for a roundabout at the Moat Lane crossing near Caersws and the dualling of road sections by Llangurig and Llanidloes. 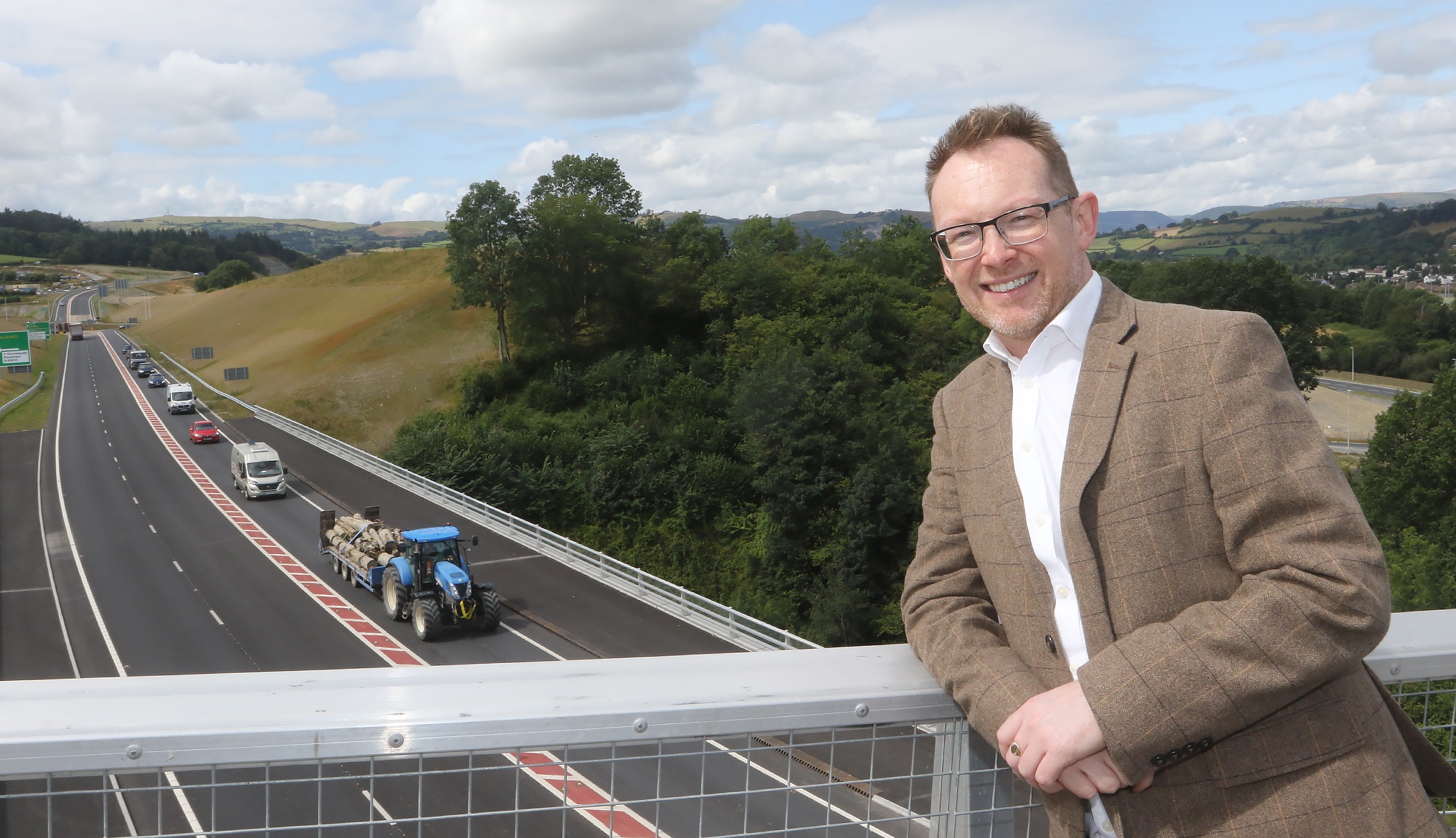